[Pictures are by Mr. Usman Ahmed from Lahore]

To welcome the New Year, Pakistan Paindabad invited Pakistanis from different walks of life to share their memories of the fabled canal of Lahore, the country’s cultural capital.

Capturing the Canal - Coming Together 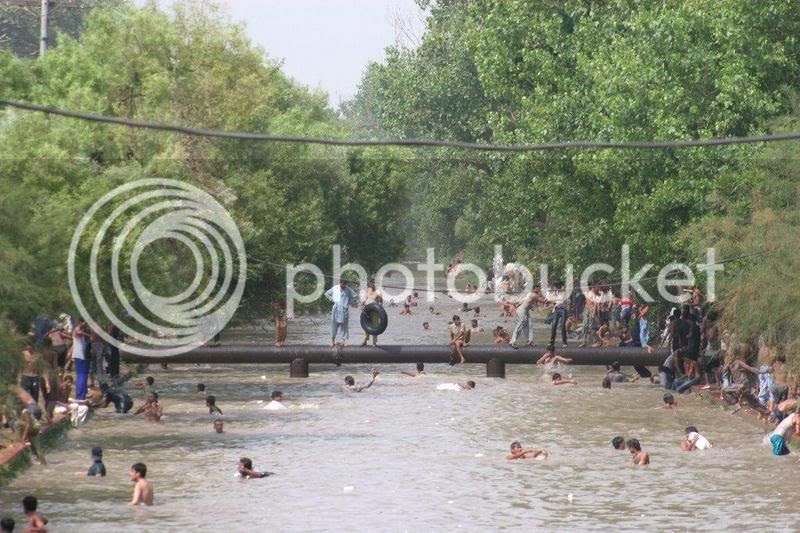 Here are the musings, observations and thoughts of few people nice enough to share their “canal moments” with us. 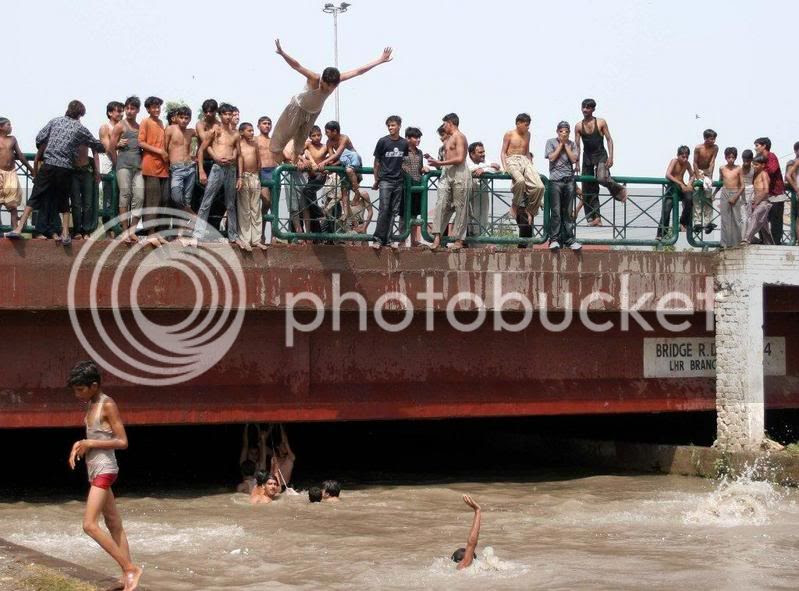 By Irfan ‘Mazdak’ Husain
[Pakistan’s most eminent columnist, Mr.Husain writes for The Dawn and Daily Times. He divides his time in Karachi and London.]

I have been lucky enough to have traveled to many countries over the years, and have driven across some spectacular landscapes that included mountains, sea-sides, valleys and lakes. But I can never forget driving along the Lahore canal, with its canopy of trees overhead, as the full moon's reflection followed me on the surface of the water.

Back in the 70s, there was little traffic, and one caught glimpses of couples sitting on the canal's grassy verge. On hot summer evenings, we would park and sip a beer or two while watching leaves glide by. Now, alas, traffic is heavy and the moral police would swiftly pounce on couples and drinkers. I suppose I'm lucky to have the memories of a more relaxed period in Pakistan's brief but turbulent history.

Capturing the Canal - All Roads Lead There 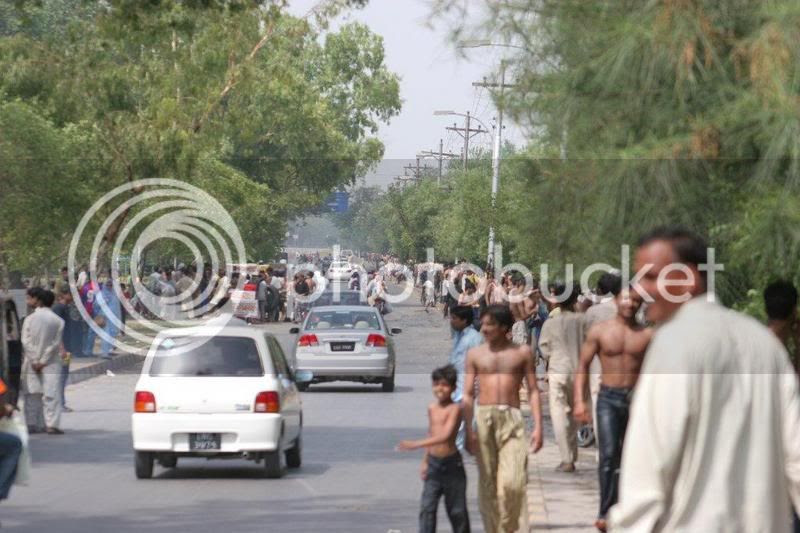 By Mian Naeem
[A painter, Mr. Naeem is also an art-critic. He lives in Lahore, with his vintage car.]

It starts from BRB canal, few yards away from the Khaira Village, dividing the poor neighborhood of Lahore from the trendy addresses of the privileged rich. After crossing the Thokar Niaz Baig it turns left and moves parallel to the Raiwind road. Flowing between the main highways, the canal also serves as the chief artery of the city. Despite receiving sewerage from (some) localities it flows by, the water looks and feel clean.

During summers, its very sight is a relief to the Lahorites. In those hot, simmering days hundreds of people come to swim. They eat watermelons and generally have good time in the canal. Young boys make the crowd but in the evenings one sees a good number of families sitting on the banks, the women with their feet in the water.

But not all is pleasant. The road on both sides of the canal is a traffic nightmare, especially during the working hours. The District government had decided to cut the thick trees to widen the lanes but the move was resisted. Thousands of trees still survive with ‘death markings’ on them.

As of now, the canal remains one of the few places in Lahore where I’m still able to inhale a gust of fresh air. So is my car which too is able to ‘breathe’ - what with the speedometer reaching hundred kilometers per hour!

Capturing the Canal - One Summer Afternoon 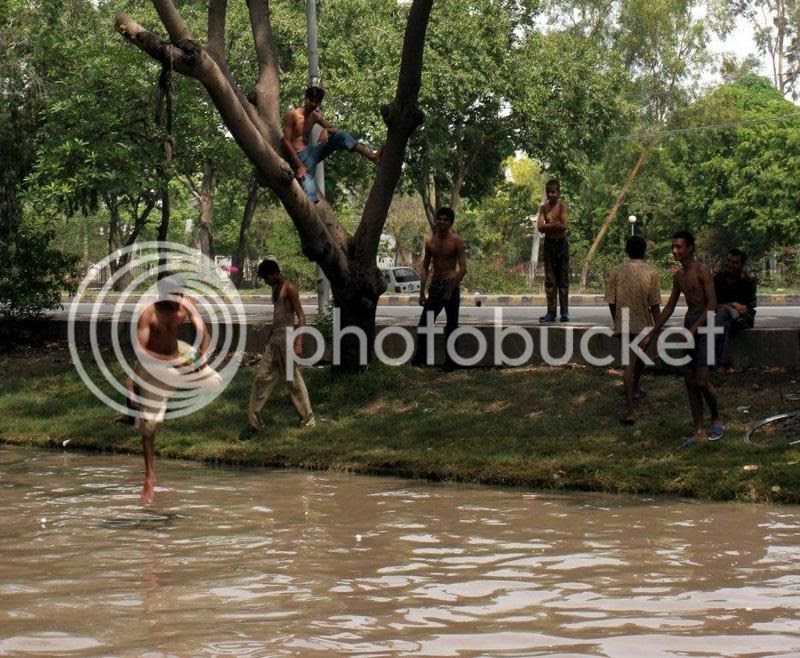 By Usman Ahmed
[Mr. Ahmed is a Lahore-based software entrepreneur. An excellent photographer, the pictures in this photo essay were his creations.]

When people in Lahore grow tired of their daily lives, they go to the canal to refresh themselves. I do not need to travel far since my house is situated a 5-minute walking distance from it.

One of my best memories of the canal is when I went for a swim during a fine summer’s day near the Indian border in Wagah. Since not many go that far, the water was very clean, and cold too. I was with Faisal and Sarfaraz – my best friends. A June morning, monsoon clouds were on the horizon and a fine breeze was blowing. The water level was only four feet deep and I could feel the soft sand crumbling against my feet. Everything was perfect.

Capturing the Canal - Here He Goes 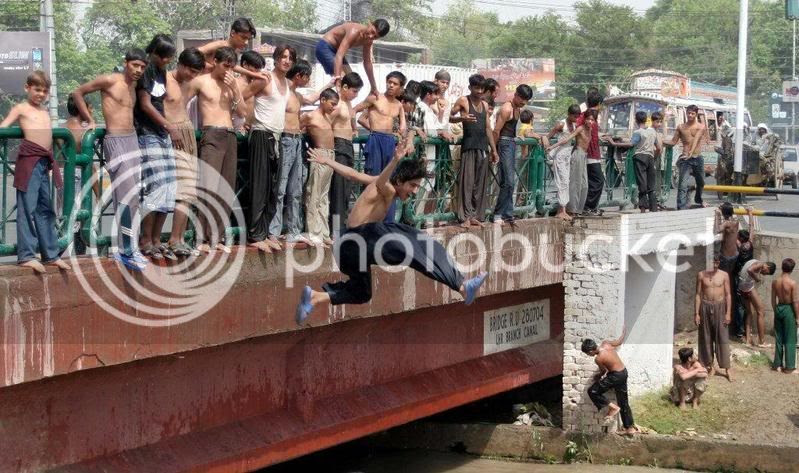 By Tehman Lall
[Mr. Lall is a thoughtful, intelligent and articulate gentleman. Impressive and persuasive while delivering well-argued extempore speeches in public podiums, Mr. Lall is pursuing MBA in Lahore.]

It is Lahore's Sciatica nerve. Damage the Sciatica and a part of your body become immobile!

The canal is perhaps amongst those few purposeful, historical and valued structures of this city which might never loose its life and significance. And what a life it has lived! The canal saw the 1947 partition of India (and the consequent birth of Pakistan) when its waters turned red with blood. It has occasionally witnessed the negligence of our city government when the poor thing is sucked out of all the water. Besides, it has always been abused as a free dump by industries and cattle owners.

Nevertheless, the canal is valued most during the summers when it offers respite to the surrounding localities. It comes as a special boon for amateur swimmers and adventurous boy-divers who could not afford the pricey membership fees in club pools.

I do hope that the canal’s value and condition is improved further by our government. There still remain several ways by which this city could benefit from such an ingenious creation of the Mughals.

Capturing the Canal - Outside and Inside

By Maryam Arif
[A Lahore native, Ms. Arif is presently a student in Boston University. Fascinated by radical ideologies, she also has deep interest in social movements.]

My association with the canal spans over a decade. I grew up admiring the weeping willows lining its muddy banks. I remember the joy and excitement around national holidays when the canal was lit up, or decorated with floats.

But we Lahoris do not take our beloved possessions for granted. In the summer of 2006, we noticed huge red crosses painted on the trees that shaded the canal. The City District Government of Lahore and the Traffic Engineering and Planning Agency had planned to cut around 2000 trees to widen the highways.

The canal I had known since childhood was under attack. The residents of Lahore who saw this action for what it was – cruel, horrendous and scary – joined hands to save the canal and gave birth to the “Darakht Bachao, Lahore Bachao” movement. I will never forget the day my friends and I spent on the canal road, tying banners to trees. We had become a bunch of tree huggers out to save the Banba-wali Ravi-Bedian canal, Lahore's invaluable treasure.

Capturing the Canal - Something for Everyone 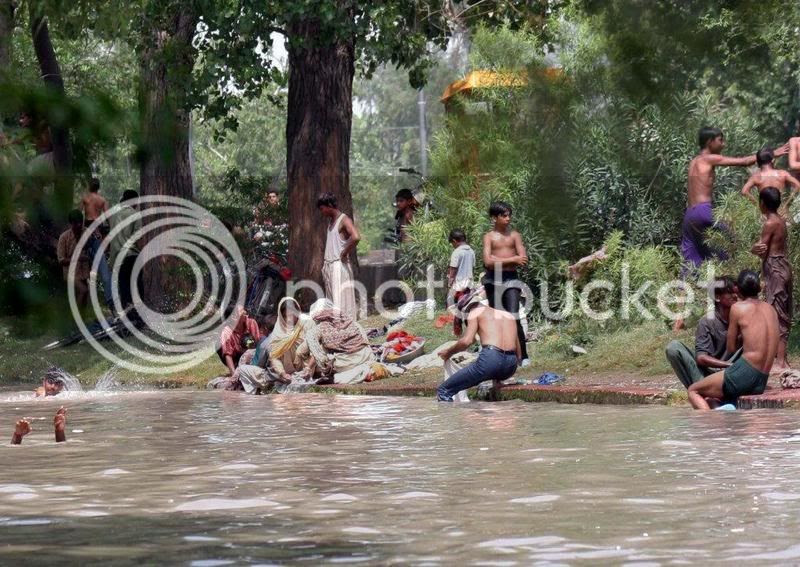 By Jawad Zakariya
[He travels all around the world, with his camera, but remain fond of hometown Lahore – “a city like no other”.]

The canal is a ubiquitous Lahore icon like the Mughal-built Badshahi Mosque or the more modern but equally historic Minar-e-Pakistan. Just like those icons it might not be perfect but it is what gives Lahore that soul which is so often missing in other places. Whether driving along it on a rainy monsoon day or going for a cold-water swim on a hot summer afternoon, the canal plays a vital role in the life of all Lahoris. Personally speaking, late-night drives along the canal are among my fondest memories of my city.

Capturing the Canal - What Fun! 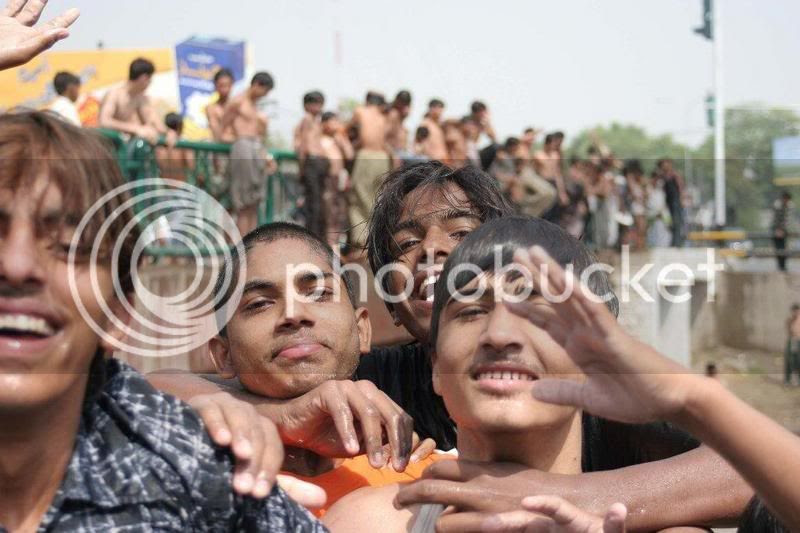 By Mayank Austen Soofi
[He lives in Delhi, India.]

I had left India and the Daewoo van I was in was now speeding towards Lahore, some twenty miles away.

A canal gushed forth on the right side of the window seat. Grassy patches sloped down to the banks and trees on either side hugged together to make a comforting canopy over its length.

Haiku moments flashed past: buffaloes swimming in the waters; a green-turbaned Mullah lying on the grass and reading a book; bare-chested young boys splashing water on each other, their shalwars ballooned with water; fully dressed women blushing, laughing, and taking quick cold water dips in the canal; a family contentedly feasting on a picnic lunch, with men and women sitting in separate groups; a young man and woman whispering under a tree; a lone man throwing pebbles in the water; two woman holding hands and sitting quietly; a middle-aged man resting against a tree trunk; a pair of boys washing a bicycle...

Wishing all the Pakistan Paindabad readers a very happy 2007.
Posted by Mayank Austen Soofi at 8:16 PM

What a piece. Are you really an Indian?

a very beautifulpiece. thanks very much.

great pics and very good compilation of memoirs from distinct personalities. it brings to life the rich history of this canal...