A recent marathon in Pakistan made a political statement of its own.

On a cold January morning recently the Pakistani President inaugurated the Third Lahore Marathon by using the occasion to reject Islamic extremism. General Pervez Musharraf told the throngs that “through this international competition, the people of Pakistan have rejected the extremists, giving them a clear message that they are keen to organize and participate in such healthy sporting activities." It’s true that politicians can be prone to exaggeration.

Even so, an impartial eye could not ignore the unusually high attendance at the marathon. This was not always so. In 2005, the objections of conservative clerics to mixed-sex sport events were vehemently opposed by civil rights activists. The conflict grew so volatile that the provincial government of Punjab decided to prohibit the gathering of more than four people in a public place. The move was clearly intended to discourage a pre-planned mixed marathon.

The order was later lifted, and a special Marathon for Civil Liberties was then led by the celebrated human rights activist Asma Jehangir. This year, too, the clerics did not hesitate raising stale rants but were largely ignored. Runners included generous sprinkling of women and girls. Another positive sign was the inclusion of special events like a wheelchair race and a competition for the visually impaired. First held in 2005, Lahore Marathon has become a yearly event. More than 30,000 people, including 50 athletes from 15 countries, participated in the 2007 edition – with total cash prizes of $115,000. Ethiopian runners won the both men and women 42-kilometre events.

So, is a breeze of enlightened moderation finally blowing in Pakistan?

“Yes”, said Mian Naeem, a Lahore-based art critic. “The fact that so many women took part in the Marathon clearly proves that people in urban Pakistan do not care about the mullahs. But their influence prevails in the villages.”

Saeeda Diep, a well-known social activist, was not upbeat. “It’s all a part of Musharraf’s strategy to please his American masters. For the time being, he has to display his liberal side to please the West.” Surely the enthusiastic participants were not running because of presidential pressure? “Considerable sections of the people are progressive and liberal. They are obviously happy to be a part of such events. My point is that Musharraf is merely using them for his own ends,” replied Ms Diep.

The Lahore-based newspaper Daily Times was more scathing. In an editorial Marathon versus Extremism, it blamed the Musharraf government for not “doing anything significant to protect the people against the propaganda and threats of the mullahs.”

So, like everything else in Pakistan, a running event has become a source of intense speculation. However, the spectacle this time around was less political and more sporting – as marathons should be. 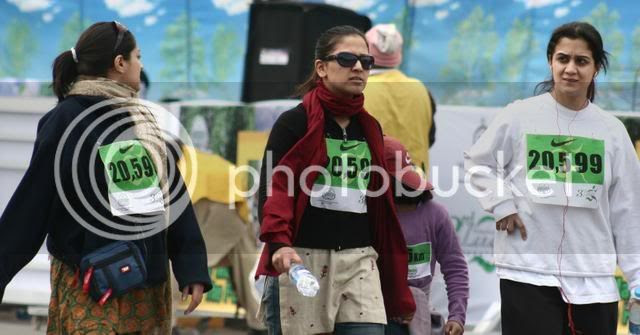 Running for Pakistan - Getting International 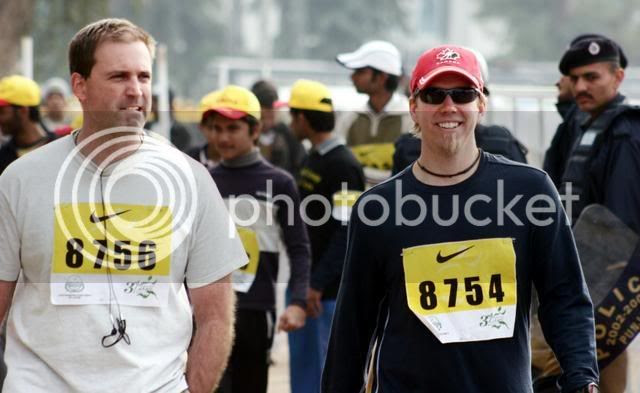 Running for Pakistan - On the Run 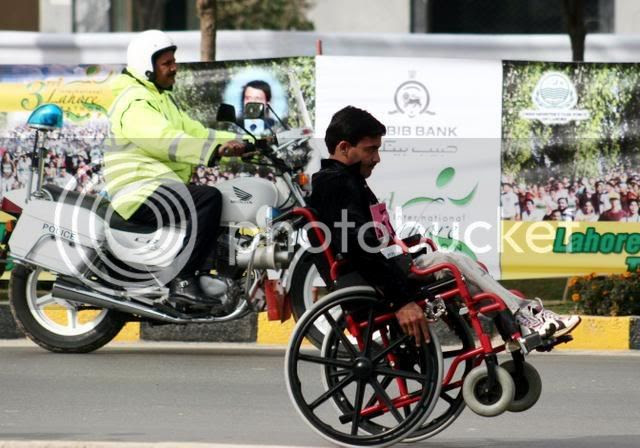 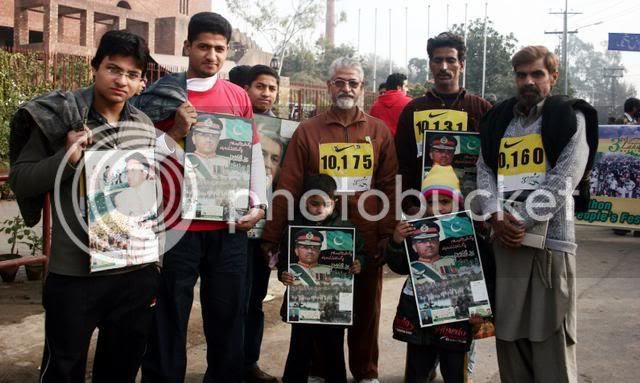 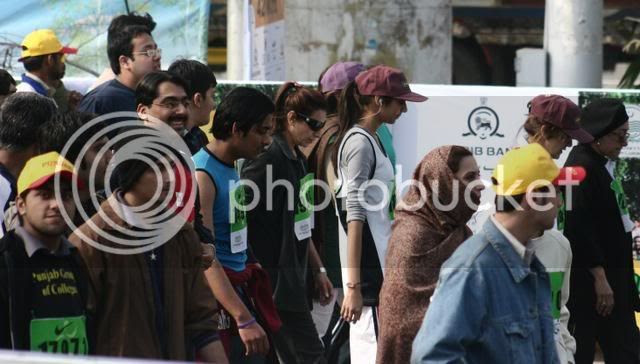 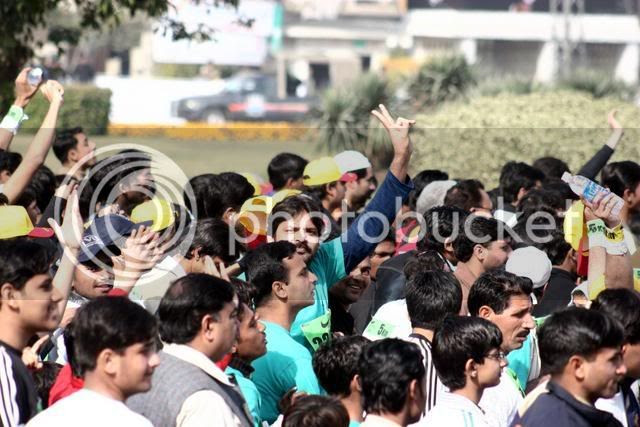 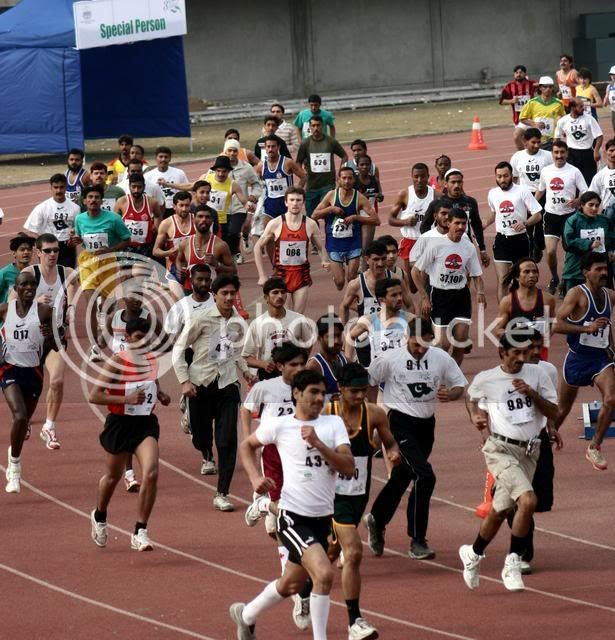 *Pictures by Usman Ahmed in Lahore
Posted by Mayank Austen Soofi at 9:09 PM