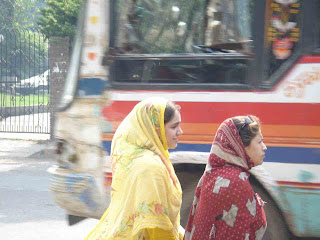 A non-resident Pakistani recalls the non-dating days in Karachi.

Mr. Pervez Bhutto hails from Karachi but is living in North America since more than two decades. On his request, his true identity has been concealed.

Mr. Bhutto, welcome to Pakistan Paindabad. You dated with girls?

No. I was raised with very strict Pakistani/ Eastern/ Islamic/ traditional values, so it was not something I would have dreamed of doing.

But you must know the usual places in Karachi that were frequented by lovers during your time?

Looking back now, I can tell you that we (my family and I) would have looked down upon this practice and would have probably also looked away. Hard to explain this now more than 20 years later and transplanted for almost the same number of years in a totally different culture.

I knew about dating in Karachi, but either the filthy rich or the working class youngsters did it (again talking from the view point of me as a teenager back then), or perhaps the non-Muslim minorities. Even then I was aware that dating was an acceptable part of life in the West, but in my prim and proper little life it was a big no-no!

Was PDA difficult in Pakistan?

I mean the public display of affection.

Mayank, are you feeling ok? You live in India and even there PDA is not acceptable, let alone in an Islamic Pakistan of General Zia-ul-Haq's vintage. Besides, what exactly do you mean by PDA? Kissing, or holding hands? Looking at each other with loving eyes, playing footsie under the park bench? What?

Well…it varies from culture to culture…

Rest assured, dear friend, in my time the answer would still have been a big, resounding NO.

How approachable were people of the opposite sex?

Was there a healthy interaction between them in colleges?

Actually I am not sure what your definition of a healthy interaction would be. But yes, girls and guys would study together, and also in groups, in co-ed universities and higher education colleges. If anything (unhealthy?) happened between them, it would be kept hidden. Most marriages were arranged marriages then (and now?) but the ones that were not were the result of matches made in universities and colleges by the kids themselves.

I see…Mr.Bhutto, have you any idea if Islam permits concepts like dating? Do you feel it is a western influence? Does it affect our traditional values?

Islam does not permit dating which is a result of westernization and whether it affects our traditions depends entire on our personal value system. Does that satisfy you?

Yes, it does. Thanks for talking to Pakistan Paindabad.

"either the filthy rich or the working class youngsters did it "

Most marriages were arranged marriages then (and now?) but the ones that were not were the result of matches made in universities and colleges by the kids themselves.