Interview with Ardeshir Cowasjee - The Grand Old Man of Karachi 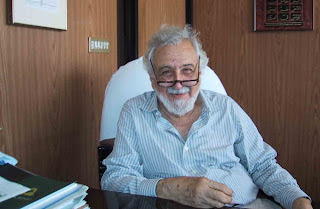 One of Pakistan’s most respected citizens spills it out – about his beloved city of Karachi.

Ardeshir Cowasjee is a renowned newspaper columnist of Pakistan. His weekly columns appear in the country's oldest English language daily newspaper Dawn. A man of very few words (as the reader will discover), Mr. Cowasjee is Chairman of the Cowasjee Group and is engaged in several philanthropic activities.

I'm pleased to welcome Mr. Ardeshir Cowasjee. Sir, you are a living landmark of Karachi. This must be a city dear to your heart?

You served as Managing Director of Pakistan Tourism Development Corporation way back in 1973. Will it be a tough job now?

What could I tell the world? “Come and pray”? 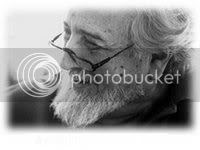 Mr. Cowasjee, you were arrested by then Prime Minister Zulfikar Ali Bhutto in 1976. What was the reason? Besides, I understand you were imprisoned in a barrack that once had Mahatma Gandhi. How was that like?

Zulfikar Ali Bhutto told me he would tell me the ‘reason’ at the right time. He went down without letting me know. Mohandas Karamchand Gandhi’s rooms were less than comfortable.

You have been critical about various Prime Ministers. You have called the present regime an "unthinking, muddled government that speaks with forked tongues". But Mr. Cowasjee, isn't this risky? Has any regime ever tried to create problems for you in your shipping business?

No government has liked what I say. My shipping business: it was nationalized by Zulfikar Ali Bhutto on January 1 1974.

There are not many Parsis in Pakistan and concentrated chiefly in Karachi. The late Parsee gentleman Jamshed Nusserwanjee Mehta was Karachi's first mayor. Today another Parsee uses his pen to expose the corruption, nepotism and municipal sham of the city. How deep is the bond between the city and the community?

Mr. Cowasjee, you are very particular about Pakistan's founder Mr. Jinnah's fundamental principle "that we are all citizens and equal citizens of one State". It is no secret that Christians, Hindus and Ahmadis have often been at the receiving end of intolerant regimes. How different has been the Parsi experience in Pakistan?

Thank the good Lord, no one worries about us and our views.

You were born here in 1926. Please share some memory of the time when Pakistan was newly created. How was the city like? How has it changed?

In 1973, the then President Zulfikar Ali Bhutto had asked the Sindh Government that the "development of Karachi should take place in a planned way and no effort should be spared to ensure recreational facilities for the people of Karachi." We are now in 2007. How successful have been the efforts of various administrations?

Due to the recurring sectarian violence, Karachi is sometimes referred to as the Beirut of Pakistan. But its cosmopolitan character and business-centric pulse tempts some to call it the country's New York City. So, what is the truth?

Who compared it to NYC? Would like to meet the guy.

Sir, you once noted that under the British Raj, law and order ruled in Karachi, but things fell apart after Mr. Jinnah's death. Now it is generally agreed that Karachi is one of the most dangerous cities in the country. In fact, one of the slums here is called "Golimar", meaning "to shoot" in Urdu. What does it say about the city's character?

Mr.Cowasjee, you are a business magnate, a crusading columnist, and a non-Muslim – ideal candidate to attract the discomfort of many in this city, so used to kidnappings and killings. Do you feel unsafe every time you leave home?

To foreigners, Karachi is a dangerous city where Daniel Pearl was kidnapped and killed. Yet I, an Indian visiting Karachi for the first time in 2006, had a different experience. I was on my own. I did not know the bus numbers. I could not read Urdu. I had no sense of directions. But I spent a pleasant week. Is it that journalists, including you, can be particularly harsh on this city?

Mr. Cowasjee, in your opinion, which of these historical milestones primarily shaped the present destiny of Karachi – its abandonment as country's capital in 1958, Soviet Union's invasion of Afghanistan in 1979, or the accidental death of Bushra Zaidi, a Mohajir student, by a Pakhtoon truck driver in 1985?

Many of your columns express horror at the general civic disorder. But you never write on the good things about the city. Who so negative, always?

Am still searching for “good things”.

In 1999, you said that "the people of Karachi should know that all the commercial and residential high-rises are unsafe and dangerous to live in." Now fast-forward to 2006 when the Karachi Building Control Authority (KBCA) declared only 161 buildings are unsafe to inhabit. Did things improve?

No. Dishonesty and scams on the massive increase.

Do you share the disappointment of Karachites that their city is the source of 40% of Pakistan's revenues yet gets very little in return?

What basic overhauling, you feel, can make Karachi not only more livable but also an aesthetic place pleasing to the senses?

An honest government with the will and intent to do good.

Mr. Cowasjee, according to you, which is Pakistan's greatest metropolis – Lahore or Karachi?

In your columns you regularly point out specific instances where the city is being ravaged by the government – trees being chopped, parks being razed, open spaces being encroached, and other horrifying deeds being done to "beautify the city". Has your writing ever helped in stopping the disasters or they are merely the last song of despair before the inevitable?

Yes, on the odd occasion.

Mr. Cowasjee, thank-you for your time.

My pleasure. Good luck to you.
Posted by Mayank Austen Soofi at 7:54 PM

That was quite a disappointment! Is the old man always this taciturn? Seemed not to be in a mood to answer anything, even though you spent so much time researching for your questions.

Did you conduct this via email?

ps: Can you do Shireen Mazari or Hamid Gul next? Would be interesting to see how a complete India baiter responds to you.

Mayank -
he was rather abrupt but perhaps
as we age we are less floral
in our answers...

S said he would take me to
lahore in December -
and he feels it is completely
safe...

re - cities dirty etc -
it just enrages me -
i have a real bee in my bonnet
about that -
pakistan has breathtaking scenery
and humbling landscapes and
every effort should be taken to
preserve and improve on this
resource.

i love the portrait!

My cousin told me he was invited as a chief guest at a seminar to deliver the keynote at his university (IBA) but instead he came, sat on the stage and refused to say a word...... needless to say, everyone there was PISSED OFF and has sworn not to invite him for anything again after that...

Although i admire what he is doing for Karachi through his columns and NGOs but he should really improve his ppls skills....

I think Mr. Cowasjee is a fabulous person. Some people do not like to speak much. He seems to be one of them. I will insist the readers to read his replies more carefully. His answers were precise, clear and biting. It was a perfect interview.

This idiot blogger is known to make up his interviews on the fly.
He has no writing skills and no ethics and is a known plagiarist.

Cowasjee is a respected
intellectual icon of Karachi. This blogger has attempted to undermine Cowasjee's reputation by fabricating this bogus dialog. I would be hard pressed to believe that this so called interview ever occurred.

I am afraid I would have to agree with Hindu Kush. This definitely does not seem like an interview with Mr Cowasjee. I have met him several times and am in touch with him constantly. He does not speak nonsense, but trust me when it comes to Karachi or Pakistan he definitely has a lot to say. The kind of replies Mayank has put up are not the kind Mr Cowasjee woul give unless ofcourse this was conducted on email and then that's a completely different story. I hope Mayank clarifies exactly when he took this interview, where he took it and what happened?

I’m afraid why Mr. Anonymous cannot contact Mr. Cowasjee since he claims to be in “touch with him constantly.” If it is not true, I suggest to him and to all other doubting thomases to go to his Dawn column. They can find his e-mail address there. Use that to get in touch with him. Simple!

I liked Zag's story about Cowasjee giving a silent speech!

I hope you interview the journalist Kamran Shafi some day.