[Mr. Tony Connane is a former Royal Air Force Pilot and lives in UK. His books include Red Arrows: The Inside Story. Mr. Connane holds the copyright of these pictures. He can be reached in his website Tony Cunnane - author and pilot.] 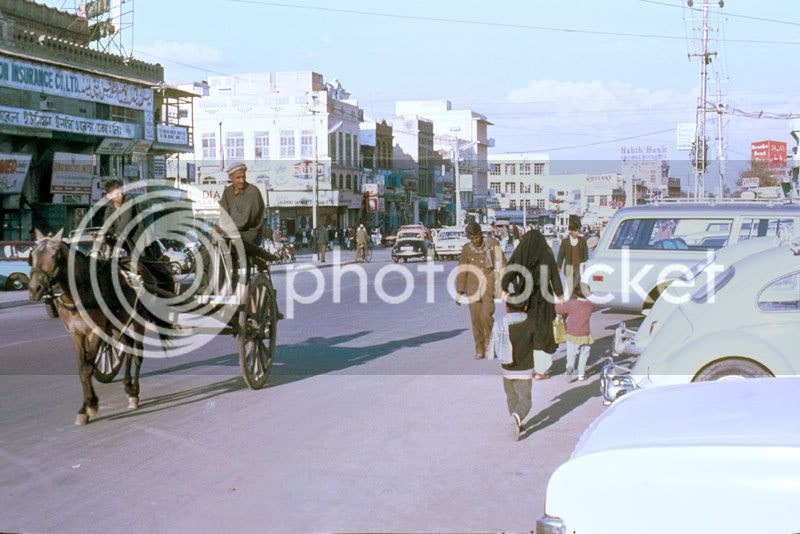 I’m pleased to see an Indian trying to present the better side of Pakistan to the rest of the world through this website. I wish to use the occasion to share some of my old memories of Pakistan with the readers.

In 1969, I had gone to Pakistan on a one year exchange posting as a flying instructor to the Pakistan Air Force Academy at Risalpur in the North West Frontier Province (NWFP). The Academy had a magnificent location right on the southern edge of the Himalayas. It lay midway between Islamabad and Peshawar. 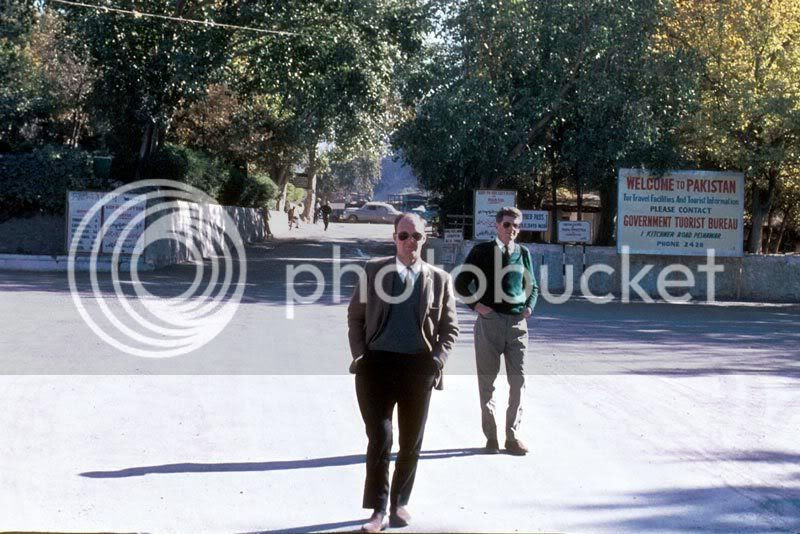 Smiles and Poses of the Pakistani and Afghani Border Guards

Once during a leave period there, I had planned to visit Agra in the neighboring India. It was then that I discovered the virtual impossibility of traveling by air between the two countries. I was also persuaded that since I was working for the Pakistan government it would not be a good idea to travel to its rival nation.

Khyber Pass winding back on itself several times, while in the far distance is the Plain, and beyond that Peshawar 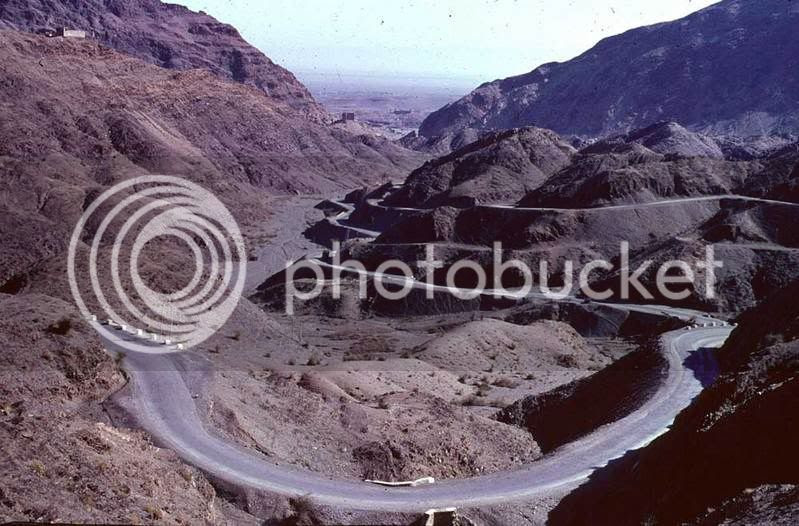 Instead, I flew to Dacca via Karachi and arrived there just in time for a general strike where I was confined to my hotel for a couple of days. 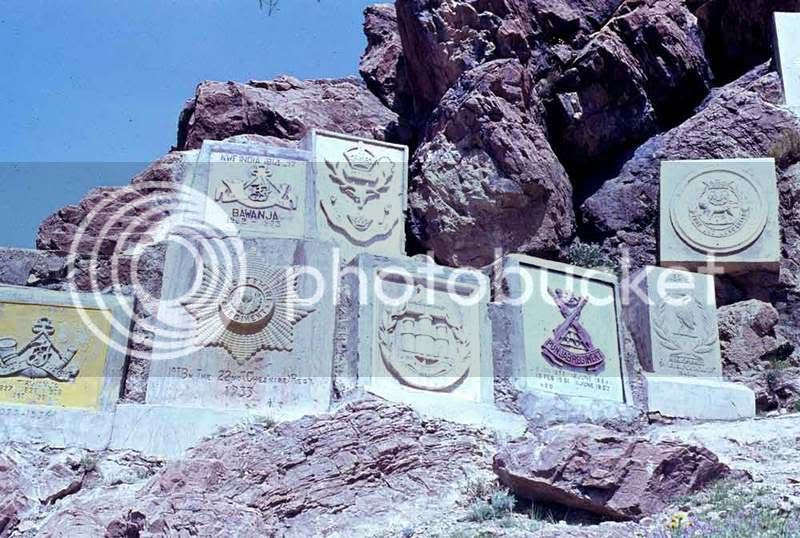 During my stay in Pakistan, I did manage to go up the Khyber Pass as far as the Afghan border. (I doubt if it would be safe to do that today.) I also had a trip with a couple of Pakistan Air Force escorts right up into the hill country to a village, (whose name I cannot remember) about 12,000 feet above sea level. From there we looked into Kashmir. It was a beautiful view. 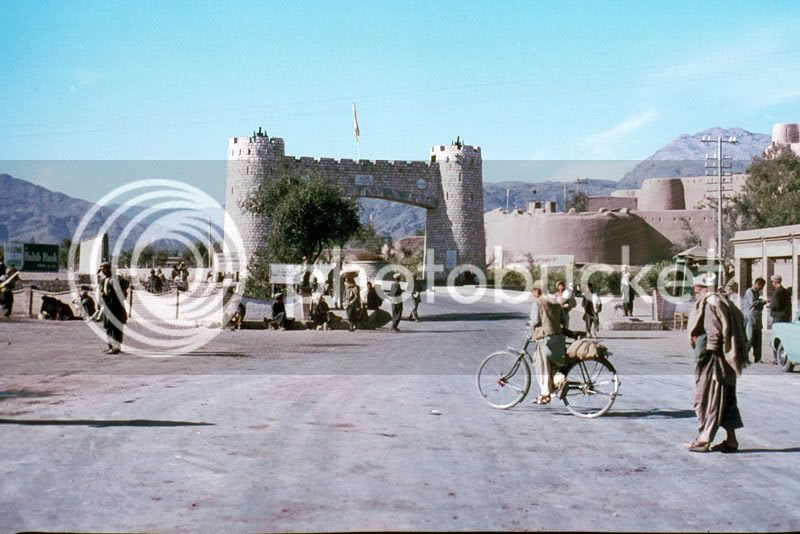 Incidentally, Pakistan Paindabad was the very first Urdu phrase I was taught when I arrived in Pakistan. The next two were achcha and tiga. With those phrases and an expressive shrug of the shoulders you could get a long way!

Khyber Hills as Seen from the Summit of the Pass 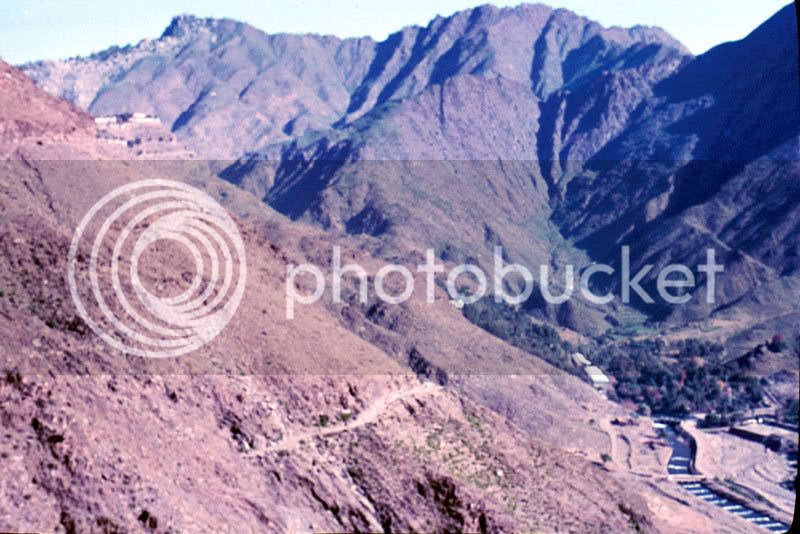 Pakistan is truly a lovely country. I believe that most people there are tolerant of each other. It is only when politicians or extremists get in on the act that trouble starts. But the world has always been that way and probably always will. The creator of this site has set himself a noble task and I wish him well.
Posted by Mayank Austen Soofi at 5:37 PM