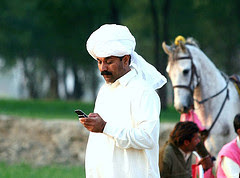 An eminent columnist shares his reasons for loving Pakistan.

[By Ishtiaq Ahmed; The author is Professor in the Department of Political Science in the University of Stockholm. He is a columnist for the News International newspaper; picture is by Usman Ahmed.]

This is the seventh article in the Proud, Powerful and Pak series.

Generosity for Charitable Causes
In December 2004 I happened to be in Pakistan in connection with a conference. At that time money was being collected for a cancer hospital in Karachi. Aamir Khan, the Indian film star, was one of the participants in that fund-raising programme. The organizers were hoping to collect Rs. 6 crore (Rs. 60 million) in a matter of few hours. I believe more than Rs. 8 million poured in. In some instances the contributors did not want their name to be made public.

I was moved to tears by the goodness of our people. I was moved to even more tears when I realized that in the last 60 years this nation has been denied good and honest government that could drive it forward.

The Light-hearted Punjabis
I'm fond of the sense of humour of the people of the Punjab, or rather Lahore that I know very well. It is rough and bawdy but on the whole it is good natured and not malicious. I believe this is true elsewhere too in Pakistan.

The Food
Pakistani food is most delicious but I suffer from a bad conscience because of the poverty and under-nourishment suffered by a vast number of the people.

The Sense of Community
Pakistanis of all walks of life can sit and eat together and they often do. This is the most benign affect of Islamic ethics. Unfortunately discrimination including refusal to allow our underprivileged Dalits, who do menial jobs, to dine along with other Pakistanis is still practised. It is a negation of what I have seen all over the Middle East where everyone freely eats from the same platter. If there is any influence of Hinduism that I want to be eradicated in Pakistan it has to be the treatment of non-Muslims and Dalits. It has no sanction in Islam.

The Pretty Women
Although I am happily married to a Turk and very proud of my family I think Pakistani women are gorgeous.

[Pakistanis from all walks of life are invited to share what they believe are the five best things about their country. You too must be a part of this. Send your favourites to mayankaustensoofi@gmail.com.]
Posted by Mayank Austen Soofi at 10:59 PM