Special Editorial - Pakistan’s Soul is Not for Sale 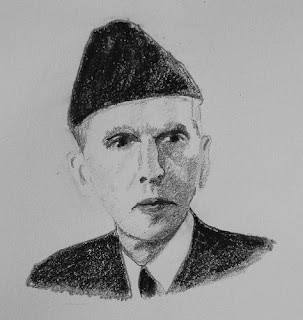 Searching and finding hope in these anxious times.

There comes a time in the life of every country when it has to grapple with its destiny. With 40 dead in Karachi clashes, Pakistan is stranded yet again on the cross roads. Diverse forces, consisting of a trinity of extraordinarily heroic individuals, are pushing it into dissimilar paths, each having a final destination that is dream for some and nightmare for others.

General Pervez Musharraf has drifted from his said desire to rid Pakistan of corrupt politicians, Islamist extremism, and democracy. According to Transparency International, Pakistan's score at the 2006 Corruption Perception Index (CPI) remains at 2.2, same as it was in 1999, the year of the coup. Again, it was under his watch that Muttahida Majlis-e-Amal (MMA), a conservative Islamic party, acquired power in two provinces for the first time. As for genuine democracy, the percentage of those who voted in the 2002 referendum in favour of Mr. Musharraf for another five-year term of presidency was 98%!

Pakistan's soldier-president had the possibilities of a statesman but he has slipped. Each new day of his presidency is a trauma to the nation.

The Uncertain Daughter of the East

Then there is Benazir Bhutto, Pakistan 's most electrifying leader-in-exile. Her life-portrait is also the story of her nation. Belonging to a privileged feudal family, father was hanged, brothers were killed, husband was jailed, she herself banished. Luckily for her, the allegations of corruption in her prime-ministerial tenures have not dented the charisma. But when it comes to strike, the lady appears confused and hesitant - contemplating secret deals with Mr. Musharraf; planning conspiracies with fellow-exile Mr. Nawaz Sharif.

Mrs. Bhutto should have already been holding rallies in Karachi and Quetta, instead of gracing the seminar halls of New Delhi and Washington DC. No one knows what she want - partnership with the army house or sending the army back to the barracks?

The Case of the Judge

While Mrs. Bhutto is yet to make her mind, the impatient nation is laying the red carpet for Justice , the controversial former Chief Justice dismissed by Mr. Musharraf over unsubstantiated accusations of misconduct. As the new superstar, the suspended judge is attracting great number of (un-rented) crowd in road shows. His each drive into the street is akin to making a political statement against the regime.

Are we witnessing the blossoming of a political leader or an apolitical crusader? For better or worse, Mr. Chaudhry has become another reason of discord in the Pakistani establishment. Does he want to be merely reinstated as the Chief Justice? Should Ms. Bhutto see in him a rival or a friend? As obligation to his supporters, Mr. Chaudhry must soon make public his future plans.

Amidst such crucial moments, Pakistanis, unfortunately, will only have ringside view as their heroes and villains would roll up sleeves (and bangles) to squabble for the country's destiny. But all the big players must know that Pakistan's soul is not for sale.

On the brighter side, Pakistani media and journalists have shown resilience and maturity that they are no longer afraid of threats and continue to speak the truth. The recent mobilization of public opinion in favour of the rule of law would not have been possible without the influence of media and its stark reporting. The emergence of a strong and vibrant reporting culture has been the upside of the current crisis.

Many in Pakistan and abroad had written off the chance for public protest and political mobilization thinking that the people were all too ready to live under authoritarian rule. But this hypothesis has been proved to be false. More and more Pakistanis from all classes and areas have aired their support for the supremacy of the law and the need for an independent judiciary. This is unprecedented development in a country where military rulers could pack the courts and fire judges. Not anymore.
Posted by Mayank Austen Soofi at 6:50 PM

who r u??
living in delhi talking about pakistan paindabad...and on top of it writing highly of akbar khan bugti...your a real messed up kid ...dude..! what's wrong with u??
you have no idea what type of a criminal was/is akbar khan bugti...pls snap out of it..

Well Hira....you are so very wrong. The man is running one of the best blog sites on pakistan...and if he lives in Delhi big whooopp...we have shared a history of more then a 1000 years...and from the looks of it he obviously knows more of our country then you do.... As for Akbar Khan Bugti...the man would always be an enigma...a hero to some...a criminal to others...let his robinhood status stay...