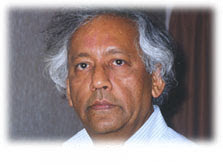 One of Pakistan’s most respected opinion-makers on the country’s better side.

[This is the eleventh article in the Proud, Powerful and Pak series.]

[By Irfan 'Mazdak' Husain; the author has been widely published in almost every major newspaper in Pakistan. He writes weekly columns for the Dawn, the Daily Times, and the Khaleej Times.]

As Pakistan hits the headlines around the world, the news all seems bad. From the disaster in the World Cup, to poor Bob Woolmer’s death, to the recent bloodbath in Karachi, it seems that Pakistan is the source of much of the nastiness in a nasty world. But we Pakistanis have become so used to the succession of bad news that we have come to take each fresh crisis in our stride. In fact, it is this resilience in the face of so much adversity (mostly self-created), that is one of the things I am most proud of. In fact, Pakistanis are often puzzled at the reaction to random violence and terrorism in most of the world. Since we face this all the time, we cannot see why others make such a big deal of it.

The flip side of this is that we must be the most critical people in the world. We love to carp about everything the government does. At every party you go to, the talk is about the latest scam. Newspapers are full of articles by hacks like this one, in which we rail against social ills. Invariably, our rulers are roasted for sins of omission and commission. This attitude might not get any results, but at least we blow off steam. Years ago, I was talking to the editorial team at the Times of India office in New Delhi, and I said that one big difference in the media in the two neighbours was that in Pakistan, we constantly questioned core official policies like the nuclear programme and Kashmir. I did not see similar criticism in the Indian mainstream press. Nobody present at the discussion questioned my observation. So the second thing I value about my country is this sceptical approach to those in power.

Thirdly, I must celebrate the quality of our mangos. I remember as a child in the Fifties, the selection was limited and the quality mediocre. But over the years, farmers have worked steadily to improve their crops, and now, a wide range of mangos from Alfonso to Sindhri to Langra are available during the summer. This is a success story we have simply taken for granted. In fact, the same is true for a wide variety of fruits and vegetables. Take strawberries, for instance. Until relatively recently, these berries were almost impossible to come by, except briefly in April and May, and even then, they were small and sour. Now, farmers around Islamabad and Lahore grow large and luscious strawberries, and they are easily and cheaply available in Karachi.

Another thing I admire about my countrymen is their puzzling adherence to democracy. Despite Pakistan’s numerous bouts of military rule, the average person has hankered after democratic institutions. Thus, dictators have been forced to pay lip service to constitutional rule, and have been forced to search for legitimacy. This quest has been strewn with traps as an amazingly lively media has made life difficult for the generals. Currently, Musharraf, for all his pomp and power, is being embarrassed by a movement spearheaded by lawyers. With elections due later this year, it is anybody’s guess how long Musharraf will stay on as president and army chief.

And finally, I must pay homage to all the millions of meat-eaters of Pakistan. Our vegetarian cuisine may be lousy, but the varied preparations of meat are unparalleled. And without wishing to score points, I must say that the desi meat dishes in Lahore are superior to anything I have tasted in Delhi. A good Lahori nihari, cooked over a low flame through the night, and served with maghaz (brain), and nali (marrow) is hard to beat, especially when eaten with fresh nan from the tandoor. Karahi gosht and gurda kapooras (kidneys and testicles) cooked in dhabas along Lahore’s legendary Abbot Road make the risk of a heart attack worthwhile.

So despite all the troubles Pakistan is beset with, I don’t think I would trade places with anybody.

[Pakistanis from all walks of life are invited to share what they believe are the five best things about their country. You too must be a part of this. Send your favourites to mayankaustensoofi@gmail.com.]
Posted by Mayank Austen Soofi at 6:09 PM

Anonymous said...
This comment has been removed by a blog administrator.
5:14 PM

Very nice piece. But why only mangos? Our guavas are also great, sweet and soft.

Wao Mayank. This is cool. How did you manage Irfan Husain to write for your blog?

Patrick,
A friend asked me the same question. I refused to satisfiy his query. I refuse to answer you. It is a trade secret.

Thanks for posting this and convincing Mr Husain to write for you. This is a great piece and as a Pakistani I can relate to the reasons cited by Husain. The first and the last ones - about the spirit, tenacity and inner-strength of Pakistani people deserves to be noted and celebrated!
Karachilights: You may have a point about Mr Husain not living in Pakistan but that's a matter of personal choice. That cannot prevent him from loving his country.
I don't think he is running down his country in this piece - he is being 'himself'..

It is useful to take stock of the positives, ever so often, and especially at times when we are overwhelmed with negative news.

I am sure that the indomitable spirit of the Pakistani people, which has been ably captured by Mr. Husain, and their thirst for democracy will eventually help Pakistan tide over the latest political quagmire.

Congrats for getting Mr. Husain to write for you, Mayank!

However, I must say that the piece leaves me bit puzzled. Of course, Pakistan is Mr. Husain's home country and one will always have a special place in one's heart for it. But looking simply at the argumentation, I cannot help but find it unconvincing.

He lauds the Pakistani's "resilience in the face of so much adversity". But if this adversity is "mostly self-created", isn't that a bit like falling into the mud and being happy that one side is still clean? Sure, that's nice, but better would be to not fall in the first place.

Concerning the democracy argument, while I applaud the majority of Pakistanis for hanging on to democracy, one must simply state that democracy is not working very well in Pakistan. And indeed there is at least a sizeable anti-democratic minority. This doesn't degrade the democratic majority, of course, but it doesn't exactly make Pakistan a shining example of democratic thought.

Perhaps a short note is in order here because of me being German - I'm aware that Germany has one of the worst democratic track records ever, with the Fascism of the Nazis. I merely wonder about Mr. Husain's writing here because he highlights the democratic thinking and struggling through undemocratic times as one of the outstanding characteristics of the Pakistanis. Shouldn't it merely be seen as a passing, not-so-glorious period?

Now, the mangos are a totally different matter of course! Mangos being uncommon and very expensive in Germany, I have fallen in love with the Indian ones and would love to try the Pakistani ones!

Thank you, Mr. Husain, for sharing your thoughts with the world via Mayank's site.

I think the best thing about Pakistan is the ability of its people to laugh at themselves and at their country while remaining very patriotic. Indians on the other hand are very serious about their country and its image abroad; they love to talk about India and get very defensive when other people criticize it.

Pakistanis are like Americans: easygoing, welcoming, frank. What you see is what you get. Indians are more like the British: reserved, shrewd, and always trying to create a good impression.

Politically speaking, most Pakistanis have moved on as far as the Partition is concerned. They rarely think about it. For most Indians it was like yesterday; unconsciously or consciously, they keep trying to reunite India and Pakistan. Pakistanis are often offended by such attempts and back off.