Letter to the Readers - On Gay Life in Pakistan 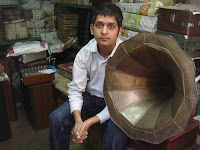 In response to accusations of maligning Pakistan's reputation.

This blogsite has received e-mails from many readers as a response to my article Open Secrets – Gay Life in Pakistan.

I have been accused for my “sickening methods” to “further my agenda of maligning Pakistan”. I stand banned from Pakistani Photographers Group in flickr.com. I have been called an “idiot” and a “male prostitute”. One lady wrote a colorful mail casting imaginative theories on my sexual habits. Two penetrating readers have blamed my encounters with gays on my “look”. Some e-mails were too indelicately worded to be quoted on the pages of this site. Such responses are to be ignored. But certain honest complaints need to be acknowledged and answered.

Quite a few have pointed out that such homosexual norm in the society is not merely a phenomenon in Pakistan. They have also noted that the said piece carries an impression that homosexuality is rampant in the country. One gentleman asked “how were these experiences and other issues of Pak sociology different from India and Bangladesh?”

Indeed my article was an account of a very brief visit to the country. It would be unwise to draw broad generalization from an extremely personalized piece. As for not talking about other countries, this is a website on Pakistan, not Burkina Faso.

Lastly, I urge readers to appreciate that Pakistan Paindabad doesn’t believe that homosexualism is evil and gays are monsters. Writing on them was not intended to defame the country.

Thank you and Pakistan Paindabad.
Posted by Mayank Austen Soofi at 7:45 PM

We need more people like you to highlight the fact that there is basically no difference between Pakistanis and Indians and that we are a family split up by British imperialists who sowed the seeds of communal discord between our peoples.