Time Out Lahore - Dancing, Smoking and Crashing Out in Pakistan’s Sin City 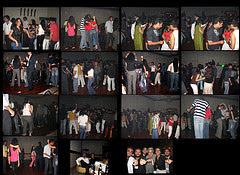 Sharing a slice of the most happening city this side of the Indus.

Lahore is happening, baby. So much going on here that it is impossible to be everywhere at the same time. Not a single day goes by when there isn’t a concert, exhibition and movie screening I have to skip for a theatre or music performance. Don’t believe me? Check out danka.com.pk.

Compare this to Amritsar where I was a few days ago. I went with my family for a theatre production that my sister was a part of. Yatra 1947 was an interesting, if extremely sentimental play. After two consecutive days of the same sad songs, I was hungry for some excitement. Of that there was none. After having seen the Golden Temple and Jallianwalla Bagh, and overdosing on the famous Aaloo Kulchas, there was no more action to be found in the Indian Punjab’s supposedly most happening city. I ended up spending five hours straight in Barista café - reading local newspapers (yawn!).

Uh, give me my Lahore anytime. The city is much more than its Badshahi Masjid, Anarkali Food Street and MM Alam Road cafes. It’s now too much non-stop action. Gigs and conferences; soirees and protest meetings; and then those Jazz, Sufi and Ghazal nights at Peeru’s café! You need just too much energy to keep the pace. And there is always Papu Sain’s dhol.

What’s behind all this exhausting excitement? An America-based friend blamed it to that super-jazzy Lahori spirit. We don’t even care for the seasonal scares. Recently, in spite of the warnings by Geo and ARY newscasters about five (or was that six?) suicide bombers who have apparently entered the city, Lahoris did not stop flooding the Mini Golf to smoke their usual dose of mint and double-apple sheeshas. Ah, the show must go on.

I confess I’m quite the typical Lahori in that sense.

We don’t even let minor, okay major, emergencies interfere with our chill out plans. Recently my friend, S, and I were about to turn on M.M.Alam Road when a pickup crashed into my car, smashed the front door, shattered the windscreen, broke the interior including the dash board, speedometer and all. I escaped death only to spend the next four hours in the Ghalib Market Police Chowky.

After dislodging broken pieces of glass from my arm, I wasted no time in inviting S for Mango milkshake, his favorite. It was his birthday after all. We then took a rickshaw to the Alhamra Art Center to distribute fliers for a youth convention we were organizing. There we heard a bunch of underground bands playing rock music in Hall 2 and saw a different (but still cool) crowd watching a Punjabi flick on a huge screen right outside. Later a friend took us to Chatkhara where we enjoyed cheap bhelpuri and Punjabi thali.

That night we went dancing to a café in Defense. Since we are ‘nice kids’, we were the first to leave - at 2 a.m! S was looking happy in his shiny shirt. It read Lahore Lahore aye.
Posted by Mayank Austen Soofi at 2:27 AM

I do remember seeing this shot on Reza's photstream, which reminded me of "Moth Smoke" :)

Don't compare Amritsar with Lahore. Not a fair comparison. Amritsar is a small town in India, India has many bigger, better cosmopolitan cities than your tiny Pakistan.