In Praise and Criticism of Pakistan Paindabad 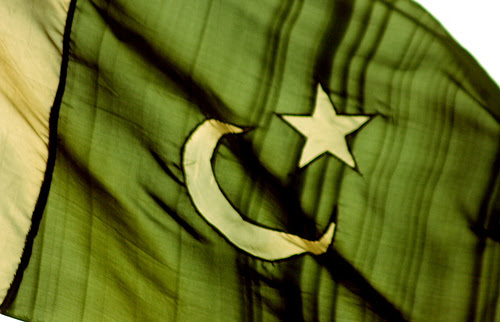 Powered by Truth
If Mayank Austen Soofi is writing the truth about Pakistan, be all the power to him.
Uttam K. Jain, USA

Pakistanis Vs Indians
To be honest, I've felt more welcome with the Pakistanis than Indians here in the US. My country men always want to find my caste, and since I don't want to deal with the whole caste thing I'd rather not deal with Indians. It's a shame that we bring our lousy Hindu-caste thing to these far off lands.
Ramesh, Los Angeles

The Hate Agenda
This hatred against Pakistan in general is being fuelled by politicians who gain political mileage by doing so. It is time we Indians come out of this narrow minded mentality of labeling a whole nation as an enemy, when the people there have nothing against us. Our NGOs and non-political delegations which have visited Pakistan only have good things to say about Pakistan. Its time that we come out of these age old animosities and work together in having a peaceful and prosperous region.
Sameer, Qatar

Positive Charges
It is good to read such a positive comment on Pakistan. I believe that it is all due to the cyber space which has opened the channels of communications between two countries.
Saaduddin, Karachi

In Agreement
I agree that most of the Pakistanis I've met are just like any other Indians. I can't even differentiate between them. Majority of them do not have anything against India or Indians. There should be more man-to-man contacts and other stuff to clear out this air of difference between the two countries, which share the same culture, language, heritage, history, and values. Hatred makes a person "devil".
Unknown

The K Question
Personally I feel there is absolutely no animosity between the people of Pakistan and India. I personally feel that majority of Pakistanis and Indians have nothing against each other and can have a civil relationship with each other. In order to have better understanding of each other, there should be frequent interaction between the people of Pakistan and India. The problem lies between the Government of Pakistan and India. Solely because of Kashmir. The fact is that India will not give up the Indian-held Kashmir and Pakistan is not going to give up Pakistan-held Kashmir, therefore the sooner we come to terms with this fact the better it will be. Let Kashmiris move around freely between India and Pakistan. It is time to move on and work for the prosperity and development of each country.
Khurram Ali, USA

Very Kind
Any contribution by an individual or group of people, either Indian or Pakistani, to improve relations between people of two countries, is a well come step. After all it was one nation and one people; time has separated them. We can learn from EU nations that inspite of wars they have come together and are making progress. We have more in common and more to gain if we give it more human face to problems and avoid narrow interest. Mayank, wish you all the best.
Muhammad Patel, Saudi Arabia

Bad/Good Indians Vs Good/Bad Pakistanis
I know personally a lot of Pakistanis. They are as good or as bad as you or me. I found almost all of them to be very friendly, helpful and do not feel any enmity against Indians. In fact we Indians are more prone to be against the Pakistanis, maybe because we are more self centered, selfish and mean.
Asha, USA

Limits of Patriotism
Mayank, you are quite mature. If you have a good experience why hide it? You are doing a great job. Don’t worry about nasty comments. There are hordes of idiots doing nothing to better the society but showing patriotism online by abusing different countries and nationals!!! Get educated, Get life!!
Sindhuja, London

In Despair
Somehow, Pakistani and Indian political establishments have created this mistrust among people of each country. And to some extent the Pakistani religious leaders have utilized this to the full extent. I think, these feelings are so deep rooted, there never be a harmonious relations between two countries.
Arvind Patel, Florida

Message for Fools
Only fools would label Pakistan as an enemy. These fools fail to realize that Pakistan has a poor, hungry and uneducated society just like their counterparts in India. The image of a country to be portrayed as an enemy or a friend is solely controlled by the state and state politics. Ask yourself what has an arbitrary Pakistani who has a 9-6 job at say Samsung in Karachi, or a poor landless labourer, against you. The common man there is exactly like the common man here and their needs are restricted to having a good life for all their loved ones.
Sam Petrosa, AT
Posted by Mayank Austen Soofi at 8:04 PM

So you don't have it in you to put my post up here on your blog site? This disappoints me as it starts to show your real face. Anyway, I shall be checking time and again to see if you ever thing of becoming rational and get the bigger picture clear. Till then, happy easy popularity to you. You can see pakistanis have already started putting up articles like Hindu intellectuals cannot accept Pakistan. Good going dear, I do not want to call you a traitor for sure as I know you are doing the right thing as per the values that you inherit since centuries (to be friendly and look out for positives)but this will only harm us as the other side (and I have to call it the other side) has always made use of this attitude of yours. Good luck.

I am surprised Indians here are talking positively about Pakistanis, while only a couple of years ago, anti-pakistani were a big hit (in fact superhit). Such kind of movies, where Pakistanis (like always) were bad peoples and Indian were the angels, were always rejoiced by many indians.

We were always blamed for terrorism/bomb blast in India.Whenever such incident happens, within one minute, all fingers are pointed directly to Pakistan.

Then Indians had this image about Pakistan, that we are conservative country, where we abuses women, where we dont have respect for non-muslims, where we always teach hatred towards Hindus/Indians? May I Please know, why this suddenly change in attitude against Pakistanis?

How come a couples of years ago, watching anti-pak movies is being liked by many indians and now this friendly attitude? Glad, indians opened up their eyes and saw the reality about Pakistan and its citizens.

I came to know about this site couple of months back. And i am quite surprised to see an indian writing such a blog that explodes all myths about pakistan.

Keep it up.
Wishing you to have more visitors in the coming days.

I shall return to this site (and your others) again. And again.