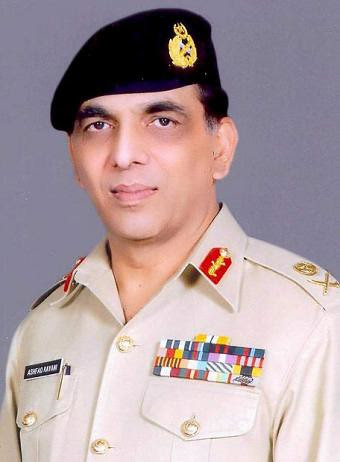 Is Mr. Kayani the right guy for Pakistan Army?

General Ashfaq Parvez Kayani replaced Mr. Pervez Musharraf as army chief on November 28, 2007. The former director of Pakistan's Inter-Services Intelligence, Mr. Kayani has also served Mrs. Benazir Bhutto as her deputy military secretary during her first stint as prime minister. Pakistan Paindabad sit down to address concerns that you want to ask but don’t know whom to ask.

Yes. Educated in US of A. Chain smoker. Polo player.

Can’t say. We don’t know if he drinks whisky or keep pomeranians like Mr. Musharraf.

No. He is an accomplished gentleman of inferior birth--born in a ‘lower-class family’ as the son of a junior officer. But don’t take anything for granted. After all Mr. Kayani’s first name Ashfaq means “noble prince” in Persian.

Both have one wife, one daughter, and one son. And they share the same first name.

Perhaps not. Early in 2008, he issued a directive banning serving officers from taking part in political activities. But considering the ways of Pakistani politicians, military interference is frequently seen by many as permissible, desirable and successful - when it is sincerely meant!

Will he do a Musharraf against Mr. Musharraf?

Not likely. He was the man whom Mr. Musharraf chose to head an enquiry commission that investigated a botched assassination attempt against him in Rawalpindi. The investigations led to conviction of 11 men and consequently Mr. Musharraf’s everlasting trust in Mr. Kayani.

Uhmmm…after having much praised or much blamed anybody, one is generally sensible of something just the reverse soon afterwards. Good luck Pakistan.
Posted by Mayank Austen Soofi at 2:53 AM