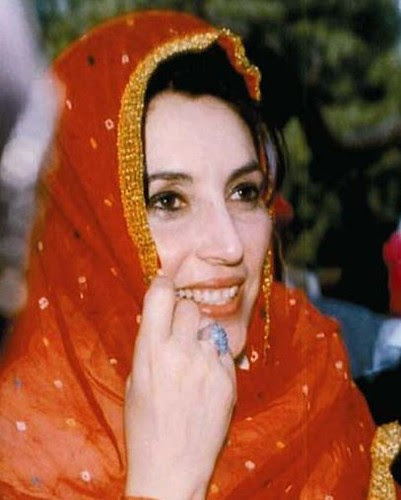 Petty games people play. Indian journalist Mr. Shyam Bhatia who had known Ms. Benazir Bhutto since her student days in Oxford, during the 70s, have penned a quickie biography of Pakistan’s late prime minister. He has accused her of smuggling nuclear secrets to North Korea during a state visit to Pyongang by carrying CDs containing data about uranium enrichment in an overcoat “with deepest possible pockets”.

That’s just the most serious charge in this thin, seemingly hurriedly written book that has little flair for fine writing and hardly any consideration for credible sources to back up its wild claims.

Mr. Bhatia calls the young Ms. Bhutto a ‘self-obsessed’ girl with legendary tantrums who would throw “ashtrays like flying saucers at the servants” in ancestral home at Larkana.

Indeed, his Benazir-at-Oxford emerges as quite a flamboyant woman who drove a yellow MG sports car, dunked down white wine, and had a “myriad of mostly white boyfriends.” However, Mr. Bhatia soon contradicts himself by claiming that Ms. Bhutto was madly in love with “two extremely handsome Pakistani students” who (here’s the cake) “firmly rebuffed marital enquiries on her part”.

In this breezy breathless portrayal of Benazir’s young days, Mr. Bhatia hasn’t inserted any footnotes to add to the credibility of his ‘accusations’.

Ms. Bhutto-at-Oxford “epitomized the classic spoilt rich girl from a third world country”. Ms. Bhutto-the-PM was hardly any improvement. She was “no different from the village women of her home province who swear by faith healers and other superstitious practices”. The author goes on to castigate her for making a “lengthy journey to Bangladesh to seek the benediction of a local holy man”. Tch tch.

According to Mr. Bhatia, Pakistan’s assassinated leader had a “chameleon-like quality” who was “equally at ease with Marxists and capitalists, Indians and Israelis, Islamic fundamentalists and liberal democrats, Chinese, Australians, in fact anyone on planet”. Phew.

Then there’s a chapter on Ms. Bhutto-the-wife. It’s basically about her husband’s alleged corruption titled “The Marriage Business” (very smart-alecky!).

But the most damning charge that Mr. Bhatia makes against Ms. Bhutto is that she transferred nuclear secrets to North Korea by carrying CDs with sensitive information in her overcoat during a state visit to the hermit nation in 1993. The female James Bond returned home, according to Mr. Bhatia, with another set of CDs that carried missile information, courtesy North Korea.

How did Mr. Bhatia get his information? He says that Ms. Bhutto told him so in her Dubai home after a dinner of Lamb biryani, chocolate ice cream and fresh fruits (no white wine?). Any proof? Oh, he had his tape recorder but Ms. Bhutto asked him to switch it off. Why didn’t he tell it earlier? After all, this was an explosive story and Mr. Bhatia is a journo. Oh, he had promised Ms. Bhutto not to reveal her confession in her lifetime. Convenient.

Let’s face it. This is, how to put it…a sleazy biography. Lot of muck thrown but with scant regard to evidence and, err, decency.

It is true Ms. Bhutto left behind a questionable legacy but Mr. Bhatia could have written a more sincere bio. He had the good fortune to know his subject from a close quarter. He first saw Ms. Bhutto in “pyjamas and dressing-gown” in Oxford. He was by her side when Ms. Bhutto addressed the historic rally in Lahore’s Iqbal Park following her triumphal return to Pakistan in 1986. He later went on do a series of interviews with Ms. Bhutto during her exile in Dubai. Pity then that Mr. Bhatia ended up with such trash.
Posted by Mayank Austen Soofi at 3:38 PM 5 comments: 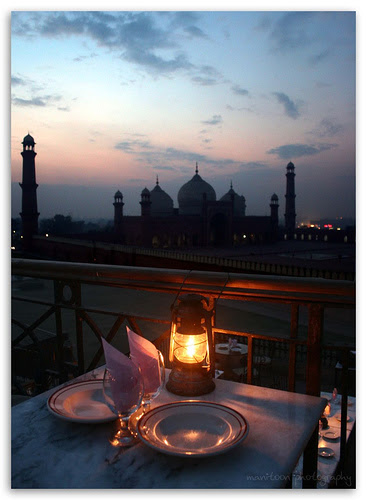 Young life in both cities is a blend of cafe culture, cool music and retail nirvana.

A Pakistani like me who is visiting Delhi cannot help but identify the commonalities between the Indian capital and Lahore. The climate, the predominant Punjabi influence, the urban chaos and indeed the quest for a good life are as shared as the centuries of mixed history.

In Delhi, these ingredients are packaged into a single space, loved and mourned in equal measure, the Khan Market. Its swanky cafes, retail outlets spell out a comfortable sense of the plentiful. A trip to Bahri Booksellers is essential to check on the new, profound and banal book titles.

Step out of the book-zone, walk around and you see young men and women holding hands and out to buy a little dose of happiness from the upmarket retail stores. New frames for glasses, an array of prêt-a-porter garments and of course cafes where one can lounge while sipping an exotic coffee brew with a fancy cake. Barista is a favourite of mine with its neo-modernity ambiance and an ample variety to select from.

If Barista is crowded, one turns to Café Turtle. Wi-fi access is available in these places along with soft music and trendy customers, whose snazzy mobile telephones rest silently on clean little tables. Connectivity is another facet of the global search for fulfillment.

In Khan Market cafes, one reminisces about similar haunts in Lahore. The MM Alam Road there is now a bustling venue for stylish cafes and restaurants that are popular hangouts for the youth defying the silly stereotypes of Pakistan.

Men and women converse in their designer jeans about the world, quite unaware of the residual violence of the war on terror on the Pak-Afghan border. The Coffee & Tea Company is hugely popular. Another joint, Massom, a pancake lounge, sells mouth-watering desserts with coffee brews and plays cool music as one plunges into leather sofas to chill. Places such as Café Zouk, Hobb-Nobb’s, Jamin Java continue to lure the hip Lahorites.

Since globalisation’s onslaught on Pakistan, Lahore’s traditional love for eating out has transformed into a fusion culture bonanza. The Hot Spot Café, Little Italy, Café Alinato and The Dish have emerged as havens of cross-continental culinary blending. Young women drive alone to meet up with friends at these places; and hordes of teens are seen flocking to the Pizza Huts, McDonalds’ and Kentucky Fried Chicken outlets.

[This article was earlier published in Lahore Nama.]
Posted by Mayank Austen Soofi at 6:16 PM 4 comments: