2009 Happy Pakistan Series – Get Out of Self-deception 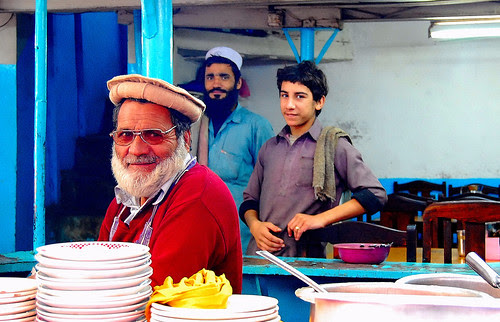 When you hit rock bottom, you have no place to go but up. The year 2008 has been a turbulent one for Pakistan, starting with the riots that shook the country after Benazir Bhutto’s assassination, to the economic meltdown that had Asif Zardari’s government asking for a bailout from the IMF. But the high spot of the year was Pervez Musharraf’s exit and the induction of an elected government.

While the Mumbai attack was a tragedy for India and a disaster for Pakistan, it also provides an opportunity for the latter’s leadership. Hopefully, the horrifying incident has opened the eyes of Pakistan’s establishment to the dangers our home-grown terrorists pose, not just to India, but to ourselves.

Having pushed the two nuclear powers to the brink of armed confrontation, the bloody terrorist assault might yet focus minds in Islamabad.

My hope for 2009 is that there will be a firm consensus about battling the menace of extremist terrorism, and that the civilian government will form a durable partnership with the army high command to eradicate this domestic and regional threat.

Rather than live in a permanent state of denial, I hope more Pakistanis will emerge from the self-deception they live in, and face facts.
Posted by Mayank Austen Soofi at 10:02 PM

Irfan bhai saab wrote "When you hit rock bottom, you have no place to go but up".

Well seems Pakistan is consistent in one thing, they jest keep getting better in lowering the bar.

Lets hope whenever this failed state based on illogical ideology (per intellectually bankrupt Jinnah - a separate nation for Muslims with intent to have secular constitution, what an oxymoron from a moron) disintegrates, there are no nukes in the hands of terrorists. Jiye Hind.... Jiye Sindh as nation, Jiye Paki Panjab as nation, Jiye Baluchistan as nation, Jiye Pashtunistan as nation. and yeah Kashmir will still stay with India.