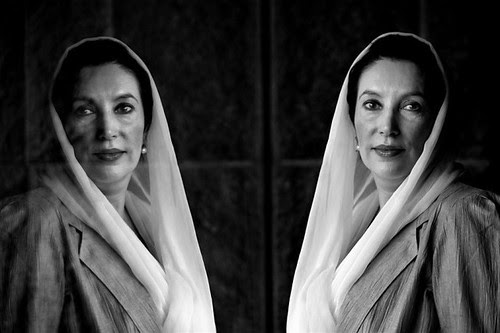 December 27, 2008: It’s been one year since Pakistan got a Benazir-shaped hole in its body politic. Much has changed in the country and yet it appears nothing has fundamentally changed. Pakistan Paindabad relive the fateful moment that hit the world this day last year.

I was in Karachi, sitting at Aaj TV’s director-entertainment office. In fact, it was Aaj TV which first broke the news. We all screamed and could not believe it. I have met Benazir thrice in my entire life and she was always extremely gracious towards me. I owe my career to her. As a child I always wanted to be Prime Minister. I could not become PM but I became an actor by mimicking Prime Minister Benazir. Her death has been a great loss.

I was watching the first India-Australia cricket test match at Melbourne when a woman journalist from the Singapore Asian News Channel called me and broke the news. She wanted a telephone-based interview for my reaction. I was quite shaken to hear the news but it was nothing surprising. I just felt very sorry for Benazir.

I was watching TV in my bedroom. The obvious reaction of a human being about the violent death of a fellow human being – enhanced because one had known her father and met her.

I was in Burlington, Vermont, when a morning TV programme I was not quite watching was interrupted for the flash announcement that Benazir Bhutto had been injured in an attack. She was also said to have survived. But the sense of relief was short-lived because the next announcement said she was dead. My reaction was (and remains) utter disbelief.

I was in my apartment with my sister and her four-year-old daughter, visiting for a week from abroad, when my mother called with the news. I thought she was joking. Then I turned on the TV and realised she wasn't. I was shocked; half convinced it was a hoax. It took a day to sink in. BB wasn't a saint, but that doesn't make what happened to her any less tragic or horrific.

I was recording a long TV programme at Dawn News in Karachi with some other people. At first the news did not sink in - when it did, 3 minutes later, I just burst out howling. I am devastated.

I was in Ajmer Sharif, India, on my annual visit to pay respects to the great Khawaja when I heard about this ghastly incident. Having returned from the famous dua-i-roshnaye (the pre-sunset prayer), the state of calm, my friends and I were jolted by this news. For the first few minutes I could not believe it and hoped that this was a repeat of the October 18th suicide bombings where BB was miraculously saved. But it turned out to be horrifyingly real and painful. I was numb for a few minutes and thought of my beloved homeland and our collective lives.

To say that this was a great loss would be an understatement. Benazir was always a symbol of hope and change; and to imagine a country without hope is pretty drastic. Thus the shattering of the individual and collective hope, the faces of her three young children and her larger than life, and beautiful persona mingled with tears and a deep pain that refuses to go away.

My leader is not dead, she is immortal now - she faced the bullets with grace and proved that she was the most courageous Pakistani politician of the recent time. Pity for Pakistan that lost her.
Posted by Mayank Austen Soofi at 11:08 PM