Special Editorial – A Happier Pakistan in 2009 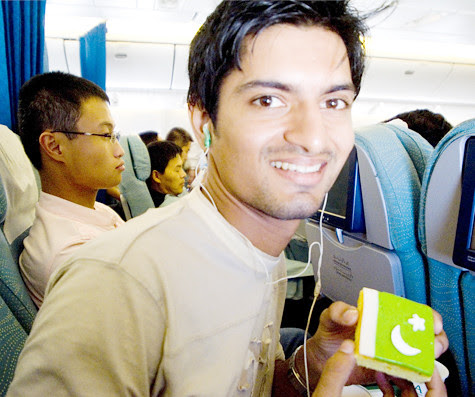 Eminent Pakistanis to share their optimism with Pakistan Paindabad.

Afternoon, December 29, 2008. This is a time of transition. The year we are living in is about to die. How will the New Year be?

2008 had started on a gloomy note for Pakistan. The nation was in mourning following Benazir Bhutto’s assassination. Now, after 12 months, the nation still seems to be in mourning. The wound still appears to be fresh.

On December 27, Bhutto’s first death anniversary, a friend from Lahore sent this sms:
It (Bhutto’s death) is a loss for all time to come.

The friend maybe right but can a nation survive by constantly feeling the absence of a leader? A leader who was both loved and hated with an almost equal intensity?

I talked to other Pakistanis, too, asking them about all the good things that happened this year. Most shrugged their shoulders and said nothing nice happened.

Really? Doesn’t it register to anyone that Pervez Musharraf, that seemingly death-defying invincible dictator, was forced to relinquish his power this August? Not by another coup but by the popular will of We The People.

There was more good news: democratic elections, a new government, a new President. This year also saw author Nadeem Aslam’s new hauntingly beautiful novel The Wasted Vigil. Another Pakistani author, Mohammed Hanif, made his impressive global debut with the funny, provocative and teasing A Case of Exploding Mangoes. Moni Mohsin’s The Diary of a Social Butterfly fluttered quite a few butterflies of even the faraway Delhi.

Who says there was no good coming out from Pakistan in 2008?

Pakistan Paindabad regrets to note that both sort of people – those who love Pakistan and who don’t – are of the opinion that there won’t be much to look forward to.

In order to find out what good can be expected from Pakistan next year, this blogsite has invited several eminent Pakistanis like Irfan Husain, Ardeshir Cowsajee, Hassan Abbas, Sehba Sarwar and many others to share their optimism. This special series will start from the first day of 2009. Watch this space.
Posted by Mayank Austen Soofi at 10:25 PM

Iwish a year for India and Pakistan.Let me wish which probabaly only Allah can grant:
1.SWAT becomes a buddhist country once again.
2.North West frontier creates another Padmasanbhav and he brings peace in Tribal areas instead oif going to Tibet.
3.Khushal Khattack appears in Ghazni once again and rewrites his poetry including parallel Kamasutra.
4.Mohanjodaro resurrects and Sufi's reappear in Sindh.

Let all graet things happen and empires of Indus come back along with dammed river.