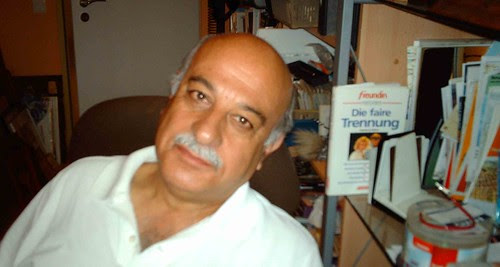 That India and Pakistan learn to live like good friends and neighbours, in peace and harmony; that both get to exorcise the devils that live and grow within their own borders; and that the poor of both countries get better access to potable water; waste disposal; education; and housing.

Most importantly that people from both sides get the right to travel without any visa restrictions.
Posted by Mayank Austen Soofi at 11:06 PM 1 comment: 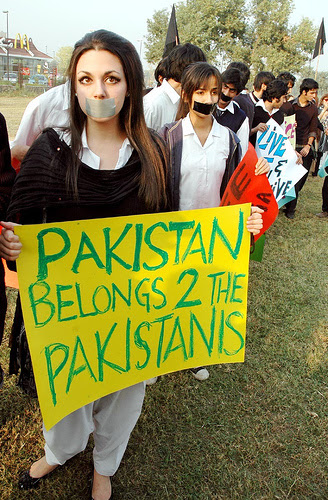 I think Pakistan has made remarkable progress in the last couple of years in terms of civil society activism. 2009, I hope, will see more participation of human rights groups and civil society activists in the Pakistani body politic. I believe that any positive change in Pakistani society can come only through citizens' involvement in the political process.

Last year we had a general election that was, according to foreign observers, transparent to a considerable extent. That was meant to be a transition from dictatorship to democracy. Although our hope for an independent judiciary still remains unfulfilled, the elections proved that we as citizens are not completely helpless. In the last two years we learnt how to register our protest and anguish as a nation against the excesses of the government.

Unlike in the past, Pakistanis are not going to tolerate corruption and mischievousness on the part of the government anymore. Just to quote an example, a few months ago one PPP federal minister used an illegal electricity connection to hold the wedding ceremony of his son in one of Karachi's up-scale areas. As a resident of the city, I know this is a common practice, and a minister celebrating his son's wedding at state expense is not something unheard of in the past.

On the face of it, this example may seem just one small instance where a powerful political figure bowed to pressure from the public but in actuality this shows that we as a nation have regained confidence in political activism. I believe that the cure for many an issue facing Pakistan lies in citizens' willingness to demand their rights and protest against repression. The state of apathy that we lived in for so many years now seems to have vanished.

Like every Third World country, nepotism is common in Pakistan. But we saw a public outcry recently when the daughter of the sitting chief justice of the Supreme Court was given 21 extra marks so that she could secure admission in a medical college. When the scandal came in the news, a number of politicians termed it a 'non-issue'.

Going by the past record of our judiciary and political class, that was indeed a non-issue. But it blew up a storm among civil society and the public started holding the chief justice up to ridicule. Everyone is now demanding his resignation and letters to the editor have appeared in newspapers calling for a social boycott of the CJ's family. What the politicians supporting the chief justice for a vested interest could not comprehend was that how the award of mere 21 marks to the child of the country's chief judge could trigger such a massive reaction from the general public.
Pakistan's civil society underwent a reformation after the deposed chief justice, Iftikhar Mohammad Chaudhry, said no to a dictator in uniform. He set an example of refusing to give in to a tyrant's diktat. He became the impetus for change. He has inspired a vast number of people to stand for their rights regardless of the likelihood of their success.

Hope is what we need most. People had lost faith in the state of Pakistan but the historic lawyers' movement -- which was both non-violent and secular to the core -- has rekindled their hopes for a better society.

This year may not bring any material improvement in the lives of ordinary Pakistanis but it is surely going to make us a people able to at least stand for our rights and demand equal opportunities for everyone. In Dalai Lama's words, "With realisation of one's own potential and self-confidence in one's ability, one can build a better world."

[The author runs a blog at redkazim]
Posted by Mayank Austen Soofi at 8:50 PM 9 comments: 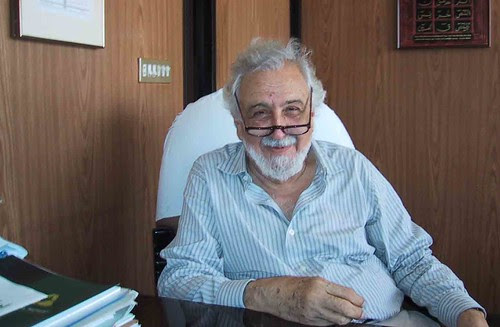 [By Ardeshir Cowasjee, one of Pakistan's most eminent columnists]

I'm not feeling at all sunny. I see no sun in the Pakistani skies. And with what we have at the top, I have no hopes. So we can just wish the Pakistan Paindabad readers all the best for 2009 which, as far as we Pakistanis are concerned, hopefully will not be as bad as 2008.

Or will it?
Posted by Mayank Austen Soofi at 5:19 AM 3 comments: 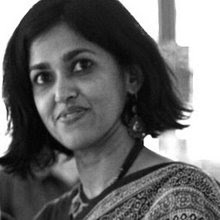 I grew up in Karachi and some of my fondest memories are based on slow walks at the city’s seawall, the shopping excursions to Saddar in downtime Karachi and breakfast trips—thanks to my mother’s energy—to nearby sites such as the Chowkandi tombs and Bhambore.

I’ve also been luckier than most who were raised in Karachi: I actually (again, through my mother’s persistence) got to explore Sindh, and as children, we visited the Haleji Lake bird refuge, and the mosques of Thatta and Makli. Now that I am no longer based in Pakistan full-time, I have deep regret that I have not explored more of Sindh, a province rich in Sufi culture and art.

Recently, however, I got to spend a day driving out of Karachi and visiting Hala, a small village in Sindh where handicrafts such as classic Hala pottery, soosi and tie-dye fabrics are created.

After spending a delightful afternoon in a friend’s home, where we relished a home-cooked Sindhi meal, we drove out to the shrine of Shah Abdul Latif Bhitai. This was a spiritual experience. The shrine is about 300 years old and is located a little away from the Super Highway that cuts through Sindh all the way up Punjab to the north.

There were musicians performing Sufi music. As I sat back, listening, watching, breathing, I was aware of a sense of peace. In one corner of the large arcade, a group of children were dancing, practicing for the dhamal that takes place in Moharram that has just begun.

Earlier that morning, as I left Karachi, I had read the newspaper headlines and there were more stories about bombs and the military build-up between Pakistan and India. But somehow, sitting on the dirty mosaic floor of the shrine, that world seemed so far away, and irrelevant. Wars happen, governments change, people die. But the heart of a country’s center remains the same.

And that is certainly how I felt sitting in Bhit Shah, 150 miles away from Karachi. No matter what happens over the next year, I know that I will be able to return to the shrine and will once again sit cross-legged on the floor and be aware of a deeper sprit that has prevailed over centuries.

All around me will be people who might be different because of our life experiences, but in that moment, I know that we will together feel peace and serenity. Some things don’t change and I am grateful for that.
Posted by Mayank Austen Soofi at 8:38 AM 1 comment: [By Hassan Abbas; photographer is unknown]

2. Benazir Bhutto's Killers will be exposed.

3. The moderate majority will begin prevailing.

4. Democracy will stand on its feet.

5. Pakistan's relations with its neighbours, especially Afghanistan and India will improve.

I will deem 2009 to be a successful year for Pakistan even if one of my hopes comes true.
Posted by Mayank Austen Soofi at 8:55 AM 1 comment: