"Our writing is older than the creation of Pakistan itself" - Ali Sethi, Novelist 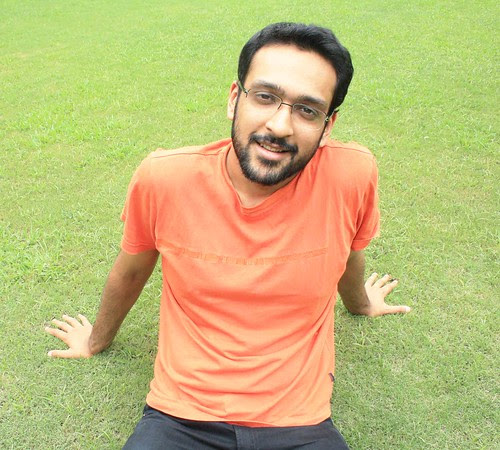 I caught up with Mr Mr Ali Sethi, a young Pakistani novelist, in the lawn of Delhi's Ambassador Hotel during the last week of July, 2009. He was visiting India for a book tour of his first novel The Wish Maker. Mr Sethi's parents, Najam Sethi and Jugnu Mohsin, run The Friday Times and Daily Times, two of Pakistan's most popular newspapers. He lives in Lahore.

Hello, Mr Ali. You are 25 and already a novelist. At this age people just dream of one day writing a novel…

I think I was lucky. I began writing when I was at Harvard, surrounded by people who were writing for their living. All my professors had published books behind them. Amitava Ghosh and Zadie Smith taught me creative writing. I attended the classes of Amartya Sen. I had other professors also who might not be wildly famous but are read seriously in the academic circles. So, you know, I didn’t feel uncertain when I began to write the book. Perhaps it all came because of living in a writing environment. We would talk about writing, read about writing… I was also contributing articles to some of Pakistan’s newspapers which, of course, were my parents’ publications. But I was also in the editorial board of Harvard Advocate, our college magazine.

What were you doing in Harvard?

I majored in South Asian studies in 2006. That was the year when I started writing this novel…

This fact didn’t help me in any way as far as getting the book published was concerned. My parents don’t know literary agents. They are not familiar with the world of fiction publishers. But yes, being their son helped in a very different manner. When I was back in the country, they let me stay in their house in Gulberg, Lahore, without me paying rents for the room and food. In fact, my mother finished reading the novel a few days ago, while my father has just started it.

Thanks to its troubles, Pakistan has become hot. Everyone from The New York Times to South China Morning Post has got something to write on your country. The world is now hooked to Pak’s problems. Doesn't this renewed interest makes it lucrative to be a Pakistani writer?

Yes, there’s more buzz on Pakistan due to the new global suspicion about it. Anything you touch on Pak is a potential subject. But there is a trap in that as well. You start to festish-ize your themes. You began processing them in certain ways for peoples’ consumption. It’s easy to start performing for a post 9-11 audience. But that’s not how it should be. Some things are better communicated through news reports, you know.

Isn’t it that suddenly we have Pakistani authors like Daniyal Mueenuddin, Mohsin Hamid and Nadeem Aslam making it big in the global circuit?

While I’ve read all these authors and they all are good, this is not the first time that Pakistani writing has come of age. Our writing is older than the creation of Pakistan itself. Why, it’s even older than the creation of the novel. Haven’t you read Bulle Shah? He was a Punjabi poet, still widely recited in Pakistan through the voice of Nusrat Fateh Ali Khan and Abida Parveen.

Mr Sethi, you’ve written your novel, published it; what now?

I’m looking on a project for research. I’d recently made a documentary on student politics in Lahore. It was good. I mean why just write when you can combine writing with music and camera. We’re living in a multi-media age and can explore the world in interesting ways.

What about just writing books?

They take such a long time and then writing is a completely solitary process. I feel there is a time to be in solitude, and there are also times when you ought to go out into the world. If you stay cooped up in your own fantasies, how will you find new subjects? You’ve to acknowledge that there is a world beyond yourself. That is where, hopefully, my next subject will come from.

You are presently visiting India for a book tour set up by Penguin India, your publishers. How has been the experience?

Well, I've been to Delhi twice before...

Is it like what they say, same as Lahore’s?

No, Lahore is different from Delhi. It’s getting different everyday. The fact is that the reality of the rest of Pakistan is gradually becoming the reality of Lahore, Islamabad and Karachi. It was inevitable. You can’t isolate the country’s big cities from the anger of our towns and villages, like those in the NWFP (North West Frontier Province). It’s the same in India. What’s taking place in the peripheries, like Kashmir and Chhatisgarh, would sooner or later come around to Rajpath.

Perhaps. Which are the cities you visited here?

Besides Delhi, I went to Bombay, Chennai and Bangalore. I really liked Bangalore. Maybe it was the newness of South India. Or because I had my first Idli-dosa there!

Unbelievable. You don’t get that in Lahore?

No, not even in the food street at Anarkali.

That’s a shame. Thanks for talking, Mr Sethi.

Meet me when you’re in Lahore. 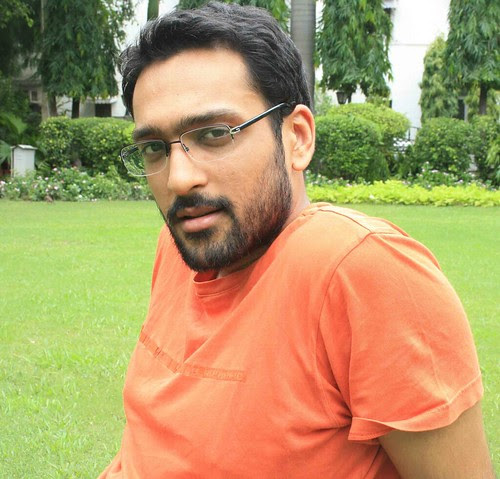 Posted by Mayank Austen Soofi at 12:27 AM

"Meet me when you’re in Lahore."

His book is not receiving due media attention here in Pakistan -- I wonder why.

'It’s the same in India. What’s taking place in the peripheries, like Kashmir and Chhatisgarh, would sooner or later come around to Rajpath.'

So this is what Pakistanis want for India? Nothing new I guess, Pakistanis are so hateful!!

This writer comes over as very self-doubting. Watched his interview on NDTV India: http://www.ndtv.com/news/videos/video_player.php?id=1141051

I really liked the character Samar in tha book.there ar a lot of girls like that in our society.