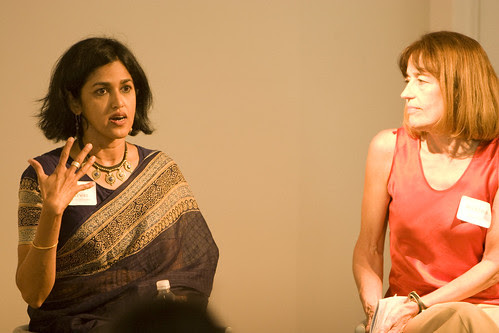 Sehba Sarwar’s first novel, Black Wings, was published in 2004. Presently, besides working on her new novel, she is also the director of a multi-media arts organisation in Houston. There she lives with her husband and daughter. She also has a website. This is the second part of the interview Ms Sarwar gave to Pakistan Paindabad. You may read the first part here, third part here, the fourth here. This exclusive feature is an attempt to understand the alternative reality of Pakistan.

Ms Sarwar, what things do you like about Houston, your ‘adopted city’?

Actually I frequently write on the similarities between Houston and Karachi.

You know, sometimes when I want to be provocative I say: I like Houston because it's ugly, polluted and hot - just like Karachi. But yes, Houston has open spaces like Karachi, and is very quirky. I published an essay about just these kinds of similarities in CITE, an architectural magazine that comes out of Rice University (in Houston). Of course, you have to know the city very well before understanding it.

This could be true of Delhi, too, where I live.

Yeah? But the truth is that both Karachi and Houston have depth, and one cannot really appreciate the beauty of either city without exploring, or digging deeper. In Houston, there are many reminders of ‘home’. I can eat samosas, naan, chaat, or drink chai without going too far. I also like that I can navigate between different worlds because the city draws people from around the world: South Asia, different parts of Africa, the Middle East, South and Central America, and Mexico.

You know, Mayank, one of the best things about Houston is that it's an open city, and I have been able to walk into the space - without any prior connections - and create my own non-profit arts organization, practice my art and get support (both funding and community) to do the work that I am driven to create.

Ms Sarwar, how different is your life in Karachi and Houston? What do you usually wear in Karachi? What in Houston?

Life is very different, I suppose, in both cities. However, I don't act too differently in either place: I wear what I feel like wearing and that runs the gamut from jeans and skirts to shalwar kurtas and saris.

You never feel the pressure to dress or behave differently?

Look, the communities in which I socialize and work in Karachi are generally open-minded. Also, because of the nature of my work - I'm deeply involved in the arts and activist communities in Houston - I don't feel any need to conform to a lifestyle that's not my own. And even though it's been a while since I've worked full-time in Karachi, I do run workshops when I'm in Pakistan, and have held many readings there.

Are you more a Houstonian than a Karachiite?

I don't call myself a Houstonian nor do I aspire to. And I've never called myself a Karachiite either, even though I feel as if a part of the city lives in me. After all, that's where the heart of my writing emanates. Anyway I’m not committed to living in the States for good, and am working on increasing my time in Pakistan, and the region.

You would upset those with a high regard for passport boundaries.

But I don't really like borders. I find them a bit superficial. Ever since I was a child, I've always been interested in exploring the Subcontinent as a region, rather than the countries defined by recent borders.

And you did explore this region...

Yes. While raised in Pakistan, I have spent time in north, south and eastern India, and have traveled through Sri Lanka. I haven't been to Bangladesh, yet, though I've been very close. In 1987, while enrolled in a graduate program in Austin (US), I spent three months in Calcutta doing an internship at The Telegraph in Calcutta. I never went across the border, but would very much like to do so.

History and human connections happen despite political borders. I've always loved travel, and over the years with my husband, have spent time many other countries including Thailand, Mexico, Peru, Brazil, and Australia.

[The second part ends here. You may read the first part here, the third part here part, the fourth here.]

Her life in Houston 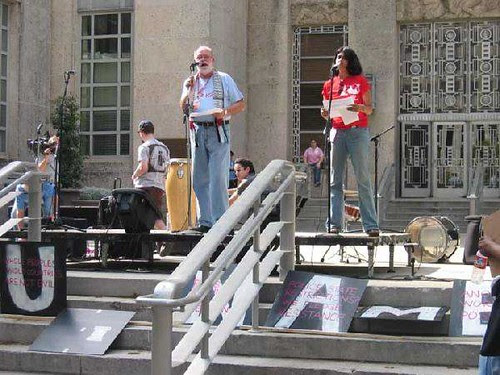 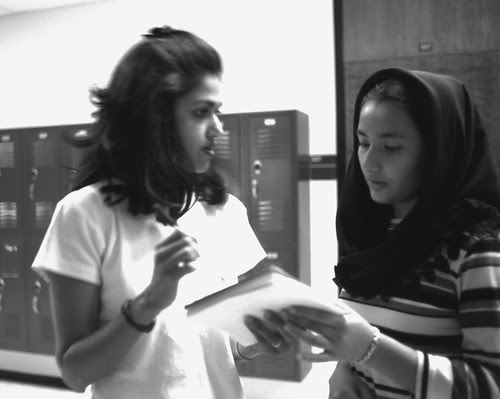 "Houston is as Ugly, Polluted and Hot as Karachi"


Now now...that's not exactly what she said. And anyway, surely Houston is more humid!

That should have been the caption Mayank, instead of the comparison between Karachi and Houston. Just my opinion!

What an arrogant and fake lady. Thank god there are borders in these times of Islamic terrorism. Borders give us safety and identity. The comparison with maybe the ugliest and dirtiest city of South Asia i.e. Karachi was utterly absurd though.

Also there is a sense of loss of identity in the way she speaks; maybe that’s why she is so much against the borders.

@ Faiza, there is no political borders between Houston and Karachi, just in case you aren't familiar. I think Sehba's comparison is rightly said, she has familiarity between those two cities. I think the caption you're suggesting is out of context of the actual interview question. Sehba is a wonderful novelist and her answers are perfect. Here, Mr.Soofi, you've done well.

@Anonymous, her identity is hardly lost and it is your illiteracy that shouldn't count on this space. Some Pakistanis are used to reading cheap thrills of interviews.

Sehba, you are amazing!

This is not about sehba but it makes me sad that why most of our good authors chose to live abroad. Imagine what different novels sehba could have written if she was a full time pakistani.

I don’t know why you had to call me an illiterate but it more likely gives a reflection of your own low self esteem than anything else. Secondly, the lady is stuck-up and has the tendency to speak nonsensically as far as international (human) relations and borders are concerned. She behaves as an Indian but claims to be Pakistani. Now, how many Pakistani women are like her? Just a handful of them compared to other countries! Take comments objectively rather than making juvenile remarks about anonymous comments; then you use the abbreviation ‘Dr.’, how ironical as your speech quite the opposite of what one should expect.

PS: You seem to be so imaginative in your observations but anyhow, I am not a Pakistani and I thank the Universe for that everyday. I am an agnostic, so can’t thank the ‘God’.

@ Anonymous, first learn proper use of English then you give me your views. Good for Sehba for doing what she does.

Thank God or in your case "Agnostic" self for you not being a Pakistani, we already have a zoo-full of pseudo amateurs and immatures who can't take criticism well.

My children love Sehba and I think the younger generation can benefit from novelists like Sehba Sarwar who isn't afraid to speak, unlike many Pakistanis who just love to make noise.

Allah Hafiz to even Agonistics,

Though just a thought to commentor, how does someone "behave Indian and is a Pakistani"? The comment above forgets we are all South Asians. We Indians don't use a lotta and Pakistanis do, not much of a difference, is that what you call behaviour anonymous?

Lorraine sending you greetings and we are very proud of what you do and for making America proud to have you as its citizen as well. Pakistan is another home for you but America will always be proud to have your books. I agree Houston is polluted!

What? I already mentioned before, you are a very low self esteemed Pakistani who accuses others of being illiterate just for the sake of proving her irrational remarks. I guess, calling others illiterate gives you some kind of self-assurance but I have read your other comments where you spell the simplest words like explanation as ‘explaination’ (article about Faiza Khan).

It’s you who needs to work on her English as well as the geopolitical history of the world (same goes for the Lady in the article).

Also, you are right when you talk about ‘a zoo-full of pseudo amateurs and immatures who can't take criticism well’ as you are one of them only. You are an insecure, frail and anxious lady and it is reflected in your comments.

@ Muneeza Umer
I would like to give you few tips before you post some nonsense again. Learn to read and comprehend appropriately before asking me to write ‘proper’ English. Stop using the abbreviation ‘Dr.’ because you are anything but that.
You are a naïve person. I was wondering if you knew the real meaning of the word agnostic. I guess you failed to understand the chain of my comments but started your meaningless rant about the usage of the English language which is (by the way) my mother tongue. You have made a fool of yourself already! May your Allah bless your evil spirit and help you release the negative energy which you tend to spread intentionally or naively.

PS: I appreciate the spirit of talented and independent women in Pakistan as that is the key to empowering other women and encourage them to take part in the (mainly) male-dominated society.

Soofi, this is getting ugly and Sehba's interview all displaced. I think you should use sense when agreeing certain comments. This Monica/Anonymous has a gone a little to far and to bring up "evil spirit" is a bit too strange for someone like Muneeza who gave her view without being vicious. Not agreeable, esp for Sehba who is not an ordinary person and has merits here in Texas.
Unless you want your blog to be a pathetic juvenille field of he says she says.

I agree with Mr. Akbar Muhammad. Mayank I liked visiting your blog but some comments are conveying ugly emotion. I have a suggestion, anything that is not related to the article or shows personal grudges, can remain unpublished.

One more thing, we need not be scared of announcing that our mother tongue is urdu. We need not be ashamed of being Pakistanis. Learning english is a necessity and thats all there is to it. Addressing people as 'some Pakistanis.. or a zoo full of____' is so inappropriate. To everyone out there, what you see in others is a reflection of yourself. So, if you see something in someone that may cause a red flag to go up, rather than judge it, accept that there is a part of yourself in it. That can help us evolve into complete and better persons.