"I Would be Lost Without My Laptop" - Novelist Sehba Sarwar 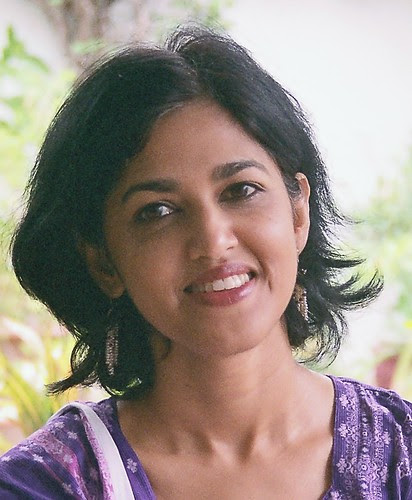 Sehba Sarwar’s first novel, Black Wings, was published in 2004. Presently, besides working on her new novel, she is also the director of a multi-media arts organisation in Houston. There she lives with her husband and daughter. She also has a website. This is the third part of the interview Ms Sarwar gave to Pakistan Paindabad. You may read the first part here, the second here, the fourth here. This exclusive feature is an attempt to understand the alternative reality of Pakistan.

Ms Sarwar, what is your writing schedule? Where do you write?

When I was working on Black Wings, I could only write in my study, and I mostly worked at night. Now, I can write anywhere, anytime.

I have a young daughter, and my time is very precious. I also run a very demanding arts organization and am busy creating artistic work for our productions. So wherever I get a chance I write: study, bedroom, coffee shop, inside, outside, and at any time of the day. Now, mornings are my favorite writing time. I would be lost, though, without my laptop.

Woman, Pakistani, Pakistani-Anerican, South Asian, Muslim. Which of these identities have been most influential in shaping up your artist’s life?

In a writing | blogging | video workshop I did in Houston for Pakistani college and high school women, the first question I asked them was: "How do you identify yourself? Write down the order of the words you use to describe your identity." I did the exercise with them and here's my order: woman, artist, mother, activist, Pakistani/ South Asian.

The greater truth lies where – fiction or non-fiction?

Both. Depends on what you're writing. I generally rely on memory to create fiction, and then use my imagination to enhance, change, etc. I also write non-fiction for sometimes it's important to assert that a particular memory is the truth. It really just depends on the purpose for creating the piece.

Which authors you liked reading in the past and then stopped pursuing them? Who have stayed with you? Who are your present pursuits?

I continue to follow certain writers including Rohinton Mistry, Bapsi Sidhwa (who I'm lucky to know since she lives in Houston), Anita Desai, Sandra Cisneros, Julia Alvarez, Toni Morrison, Michael Ondaatje and many more. Other writers I've recently enjoyed include Fan Wu, Alice Albania, Kiran Desai, Mohammad Hanif, Sorayya Khan... the list is long. I don't read British writers much any more, though I was a big fan of Virginia Woolf's while I was in college.

How long did it take you to write your first novel Black Wings? How tough it was to get it published?

I worked Black Wings on and off for a good eight years. I took time off in between to deal with an illness. In 2003, I acquired an excellent agent in the US, but she was unable to get Black Wings placed in the States. All the feedback that I got was that the novel and the characters didn't conform to the western image of Pakistan. After a year of trying (it was hard enough weeding through all the agent rejections), I went ahead and sought a Pakistani publisher, Alhamra. And I am so grateful to Shafiq Naz and to Alhamra Publishing. He is a remarkable man, and has done an amazing job with changing the face of publishing in English in Pakistan. Once I approached him, things moved very fast.

You are working on your second novel. Is it based in Pakistan?

I can't talk much about my second novel yet. It's a work in progress and, like Black Wings, moves between countries. It'll probably dip more into India.

What about Karachi inspires you most as a writer?

I rely a lot on memory. My most life-changing moments have taken place in Karachi. It is my first home. I'll have to write about it quite a bit more before I am ready to move and adopt another space in the same way. I love the sea, the city noise, the landscape of a street scene.

Keep writing. There's room for everyone. Be honest and tell your truth.