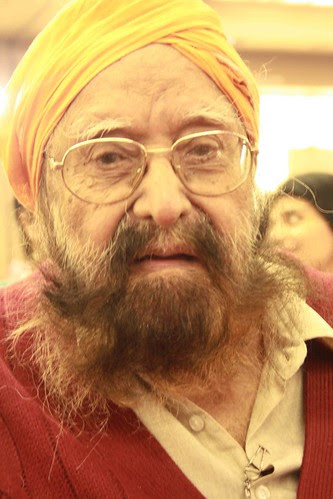 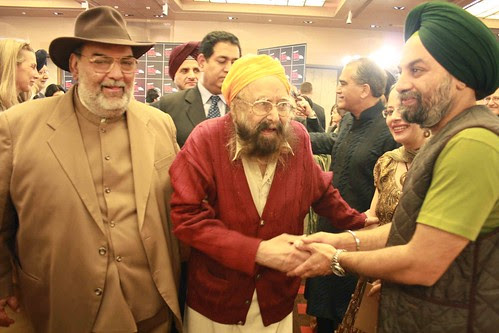 It takes great strength of character to to go against the common knowledge and belief. Good on him and his gentle soul

Amazing. I enjoyed this one.

He comes from British India as Pakistan didn’t even exist then. Secondly, if he is missing his birthplace so much, he should spend his last days in what is called now ‘Pakistan’, let’s hope he finds peace there.
An old man, we can’t take his view disapprovingly but if he meets with the current views of the poisoned views of the old and new generation ‘Pakistanis’ now, he might change his views.

when i read half the novel,'the company of a woman' i was so excited that i went to famous red light area of banglore to have sex,,when i came and read the other half of the novel,i was devastated
:)

That old, cantankerous, good-for-nothing crank Kushwanth Singh. He is good for exaggerations, name dropping, and little else.

Khuswant Singh seems to have forgotten why he took the "Train from Pakistan" to come to India.
Any way, I am getting tired of this fake romanticism of indo-pak parzania. Khuswant is more than welcome to board the train back!
Lets get real. As always the elitist escape from the ground reality. As an Indian Hindu, I thank Jinnah a lot because he has helped India a lot by creating pakistan.

I agree with you,Even i have the same view abt the creation of pakistan.I live in Dubai.When I see all these ferocious looking men.I am like 'Oh god Had the parttion not happened these genome would be walking on our streets and live in our neighbourhoods and make our life a living hell.

But I know as well that all Pakistanis are not like that from my interactions with them.Some are very polite,but there is a large bunch who are very backward.I am nt trying to say we have achieved something but we are definitely trying to achieve 2 diff things.For eg The world is running in one direction majority of the pakistan on the other.God Bless Pakistan but its better this way.we can make peace and be friends like this.