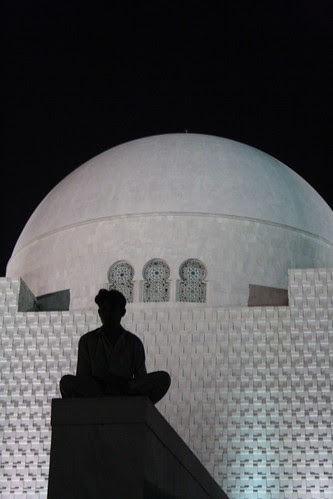 On the eve of Pakistan’s first Independence Day anniversary (August 14th, 1948), the founder of Pakistan, weighed only eighty pounds. He was seriously ill and was being looked after by his devoted sister Fatima and a team of doctors - not in Karachi, Pakistan’s then capital where Mr Jinnah had his official residence, but in Quetta in Baluchistan.

At the entrance, the guard warns us not to take pictures of women. Nearby is a food stall selling Pepsi and burgers. "What a beautiful place Delhi must be," says Mr Ghani. "Is Rajghat (where Mahatma Gandhi was cremated) also like this?"

The doctors suggested him to move to Karachi. Mr Jinnah desired otherwise. He did not want his Karachi staff to see him being taken around in a stretcher. “Don’t take me to Karachi on crutches,” Mr Jinnah said. “I want to go there when I can walk from the car to the room. You know, from the porch you have to pass the A.D.C’s room and then the Military Secretary’s before you reach mine. I dislike being carried on a stretcher from the car to my room.”

The Qaid-e-Azam's tomb is in the middle of a large grassy ground. It looks like Delhi’s Lotus Temple, minus the petals. But why is the path so badly lit? “Load shedding,” says Mr Ghani.

By September, Mr Jinnah needed an oxygen mask to breathe. He also caught pneumonia. He had to be flown to Karachi.

At 2 pm on September 11th, a Viking plane took off from Quetta carrying a feeble Mr Jinnah to the nation's Capital. A bed had been made up in the front cabin and oxygen cylinders and gas masks were kept at hand. The plane landed after about two hours at the Air Force base at Mauripur. This was the same place where Mr Jinnah had arrived from New Delhi about a year ago to take over the reins of the new Pakistan. There were thousands who had come to greet him then. But on September 11, there was no one at the airport.

As we walk we spot a man in shalwar kurta sleeping under a lamppost. Nearer to the building we find groups of Pathan men huddled together on the lawn. A song from the Bollywood film Silsila is playing somewhere. Hawkers are selling potato chips and fruit juices.

Mr Jinnah was carried into an army ambulance, which then sped south of the highway towards Karachi. After about four or five miles, the ambulance came to a stop. There was a breakdown due to some engine trouble. It could not start. The afternoon was humid, the September heat was oppressive and flies buzzed around Mr Jinnah’s face. He had no strength left to brush them off though his sister Fatima helped by fanning him. Meanwhile Mr Jinnah’s pulse started becoming weaker and irregular even as hundreds of cars, trucks and buses rumbled by. The highway was lined with huts belonging to refugees who had come from India. They had no idea that their Qaid-e-Azam lay dying right there on the road.

The main platform is reached by climbing a flight of stairs. A few guards are standing erect outside the four entrances to the tomb. Inside, the hall is washed in a greenish light. A huge chandelier is hanging over Jinnah’s grave.

Mr Ghani is visiting Jinnah’s mausoleum after 32 years. “Isn’t it a nice building?” he says. “Wasn’t Jinnah a good man?”

Mr Jinnah's remains, weighing seventy pounds, were buried the next day, covered in a simple shroud. 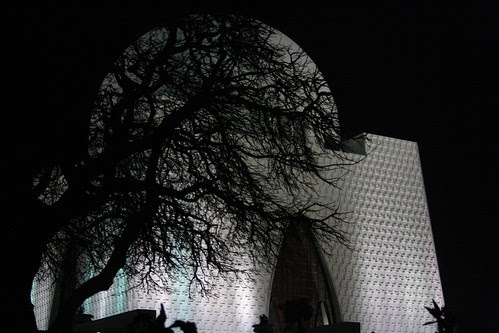 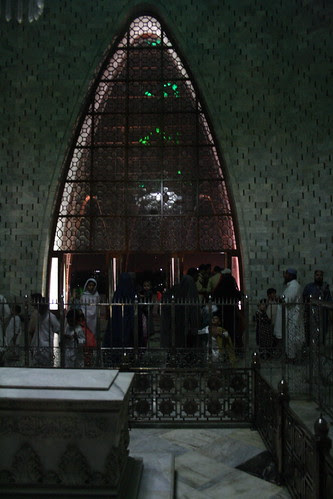 Saying a little prayer for you 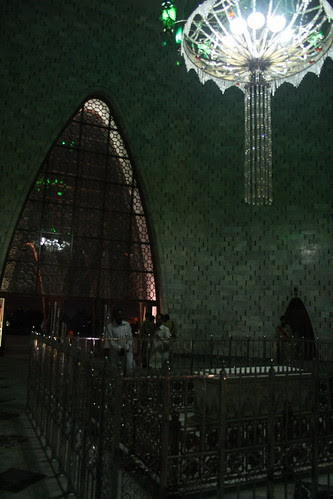 Your glory, Your heritage 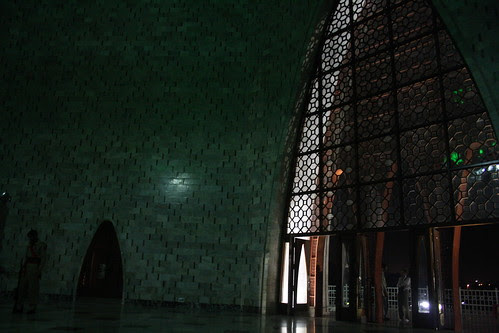 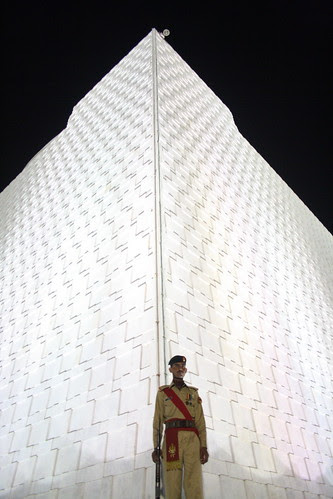 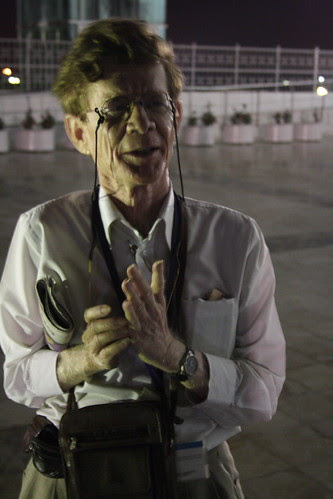