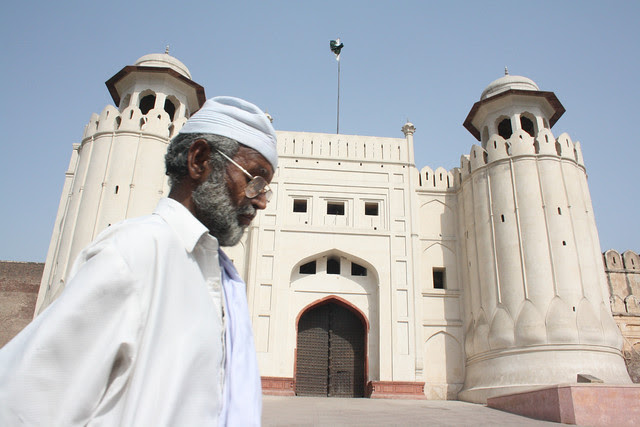 What do young Indians think of Pakistan, especially after the Osama episode? Is the country doomed? Are all the people horrible there? Is Jinnah’s nation a hothouse of terrorists waiting to bomb our cities? Pakistan Paindabad contacted a few people and they responded with their ideas of Pakistan. Surprisingly, their perspectives were more multi-layered, complicated, intelligent and brutally frank than those coming from your average Pak hater (“you are wicked, wicked, wicked”) or professional peacenik (“I love you no matter what”). If a Pakistani is interested in knowing the views of their country from a thinking Indian’s mind, then this is it. Reader, get gutsy and read.

You, the people, can’t be blamed

"Following the Osama killing, I think the Pakistani establishment has much to answer for. Of that I have not doubt. I am not sure how much control the Pakistan premier has over all this. As an Indian, I don't blame the Pakistani population for all this. I think there's much less democracy in Pakistan than in India, and the people can't be held responsible for what the state does. For me, it is not possible to think of Pakistan as 'one' country. There are so many different power groups and political interests there. Pakistan functions at two levels - where the population just wants to get on with its life; while the politicians and army are busy justifying their meaningless existence by feeding trouble everywhere. I was, however, alarmed that there was not enough public outcry against the Salmaan Taseer killing. If Taliban-type fundamentalists take hold of Pakistan, it would be impossible for India-Pak relations to ever improve."
Sanchita Guha, editor in Marie Claire magazine, Delhi

“I feel Pakistan is internally pretty conflicted. I have friends among the educated moderates there and I see the conflict going on between them and the politicians and the military. The country is desperately poor, yet they are so focused on their vendettas that they neglect internal reforms. Osama's death and the subsequent hyperventilation regarding how they weren't informed of the US's operation only highlights this. I doubt it was a game changer though. Pakistan will continue doing what it has been doing.”
Nithya Subramanian, researcher working on national strategy, Delhi

"When I think of Pakistan, the first emotion that comes to me is sympathy. And when I compare the progress that India has made in the equal number of years since independence, I do feel that Pakistan has taken some serious wrong turns. Democracy was a major thoroughfare they overlooked. I have grown up hearing stories of its bazaars and mohallas in Lahore. I am sure much has changed since. But how much and how? Understanding that seems a task as difficult as looking through a wall. There is a lot that we can learn about a country’s culture through its cinema and books, especially fiction. These chronicle the minute, everyday details about a society and its evolution. This then becomes a way of understanding a place from inside. I have seen Pakistan through Daniyal Mueenuddin’s In Other Rooms, Other Wonders and Kamila Shamsie’s work, among others. But my view remains fragmented.”
Sonal Aggarwal, fiction writer working on her first book, Delhi

“In a lot of ways my feelings about Pakistan are like one would have if they were part of a dysfunctional relationship with a sibling. There is a shared history, culture, tongue, instinctual affection but a disappointment at where the relationship stands. While growing up in Kathmandu, my next door neighbors were Pakistanis, and their children were my closest friends. There is great affinity between people and one is wounded by the turmoil in Pakistan. No one should have to raise their children in an environment like that. I was told by a fellow Pakistani writer, that there are snipers on the roof of his child's school. It’s a sad reality. But between states it’s hard to ignore the facts that exist. The Mumbai terror attacks cannot be erased from memory and unless there is support forthcoming from Pakistan to bring justice to the victims it will be hard to heal the relationship.”
Advaita Kala, novelist, Delhi

“Truly, it's difficult to say what one feels about Pakistan, because as novelist Chimamanda Adichie said, I only get the single story about Pakistan - that's the one which is all about ISI and terrorism and basically how this is a state that's always after India. Sometimes, for a change of pace, there's also news about honour rapes and honour killings and the pathetic status of women. So every time I see a Coke Studio or I read the tweets of ReallyVirtual, or the blogpost of three super enthusiastic cricket lovers who pulled out all stops to make it to India, I am struck, shamingly, by how normal Pakistanis are, how smart they are, how very much like us. And that, of course, there must be thousands of stories out there that speak of culture, wit, ingenuity, intelligence, creativity, inspiration, fascination, obsession... Would I like to know more? Absolutely. Will I? I don't know. I'm not an active surfer of the net, I'm not on twitter, and I don't think I will see the hundreds of stories that make up life in Pakistan on any Indian newspaper or TV anytime soon.”
Nishat Fatima, freelance writer and photographer, Hyderabad

Too much Delhi in Pak

I don't have well-informed thoughts about contemporary Pakistan, but from the perspective of an editor of a city magazine, I do have one abiding thought and sentiment about the country. Even today, sixty years after Partition, Delhi's Muslim culture is divided between Delhi and Karachi. In a sense, Pakistan is still full of Dilliwalas; and to an extent they've done more to preserve the memory of Delhi's integral culture than we have here. We have no street in Delhi named after Ghalib, but they do in Lahore; Karachi has a Delhi Colony; as Vazira Fazila-Yaqoobali once wrote in our magazine, in Karachi, "hakims, perfumers, kababwalas and nihariwalas all proudly advertise their Delhi origins" -- these are ties that neither Partition nor the decades of hostility since then could snap. As a recent, earnest, try-hard Dilliwala myself, I'm moved by the idea of authentic Dilliwalas living across a hostile border, long sundered from the city but still loyal to it -- it underscores a kind of identity, of being a Dilliwala -- you'll certainly relate -- that are less easily abused, and much more meaningful, than "Indian" or "Pakistani".
Raghu Karnad, editor, Time Out Delhi
Posted by Mayank Austen Soofi at 11:56 PM